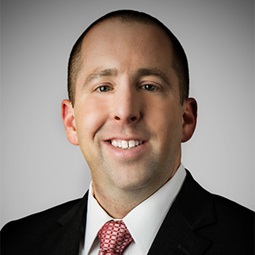 Jeff Perry, a partner in the Washington, D.C. office, focuses on antitrust investigations and litigation, with an emphasis on mergers and acquisitions. A highly recognized leader in the field, Jeff is lead antitrust counsel to a number of Fortune 50 clients. Prior to private practice, he served for 13 years at the Federal Trade Commission, most recently as Assistant Director of the Federal Trade Commission’s Bureau of Competition.

Jeff is a veteran antitrust enforcer and practitioner. During his tenure at the FTC, Jeff led and managed hundreds of significant merger matters, including investigations and challenges across virtually every industry overseen by the agency. As Assistant Director, Jeff headed the FTC’s Mergers IV Division, which oversees federal antitrust enforcement in a variety of industries, including supermarkets, retail stores, hospitals and other healthcare providers, food and beverage products, casinos, and a wide range of consumer products. He had leading roles in numerous high-profile investigations and litigations, including Office Depot/OfficeMax, ProMedica/St. Luke’s, OSF/Rockford Memorial, Kroger/Harris Teeter, Phoebe Putney/Palmyra, Pinnacle/Ameristar, Reading Hospital/Surgical Institute of Reading, and Whole Foods/Wild Oats. Jeff also worked closely with senior antitrust enforcement officials in several countries and State Attorneys General offices.

Jeff is recommended for Merger Control by Legal 500 US and recognized for Antitrust in Washington, D.C. by Chambers USA, where clients note he is “a highly effective antitrust lawyer who gives excellent practice advice to clients,” and “extremely talented, knowledgeable and a great communicator.” Global Competition Review recognizes Jeff as a leading competition lawyer in its worldwide guide, Who’s Who Legal Competition 2020 and he is also named by Legal Media Group as one of the “Top 30 Competition and Antitrust Practitioners in the U.S.” in its 2020 edition of Best of the Best USA Expert Guides. Jeff is also recognized as a top antitrust lawyer in the Best Lawyers in America guide. In 2017, Jeff was selected as an Antitrust “Trailblazer” by The National Law Journal. He was also recognized by The National Law Journal in 2014as one of the “D.C. Rising Stars” — a list of 40 “game-changing” private, government and public interest advocacy attorneys aged 40 or under practicing in Washington, D.C.

Jeff is a regular lecturer on antitrust and business topics at The Antonin Scalia Law School and The Wharton School of the University of Pennsylvania. In addition, Jeff is an active member of the antitrust bar and has served in various leadership positions of the Antitrust Section of the ABA, including as Vice Chair of the Pricing Conduct Committee.