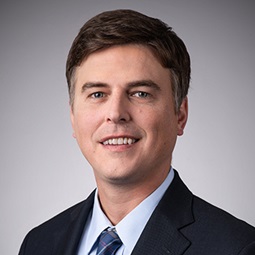 Jeff White is Co-Managing Partner of Weil’s Washington, D.C. office. He provides counsel for all aspects of antitrust law, including mergers, acquisitions, joint ventures, government investigations, private litigation, and general counseling. He advises companies through the U.S. and international antitrust review process, and guides them through complex and high-stakes litigation in court. Jeff has experience across a wide range of industries, including technology, semiconductors, internet services and software, chemicals, financial services, transportation and automotive, healthcare and pharmaceuticals, medical devices, oil and gas, energy and power, telecommunications, hospitality and leisure, and retail.

Jeff has been recognized as a leader in the antitrust space by numerous publications including Who’s Who Legal, Law 360, Global Competition Review, Super Lawyers, Euromoney, Legal500 who named Jeff a “Leading Lawyer” for merger control, and most recently by Lawdragon who named him to their inaugural “Leading Litigators in America” guide. The guide honors “all-star litigators” from across the U.S. who specialize in an array of litigation matters with “decades of experience on their feet in leading roles in state or federal courts and before government agencies.” His clients describe him as an advisor who is “beyond excellent”. Jeff was previously honored with the Burton Award for Legal Achievement for co-authoring the article “Private Equity: Antitrust Concerns with Partial Acquisitions,” published in Antitrust, an American Bar Association publication.

Jeff is an active member of the antitrust bar. For several years he served as Vice Chair of the American Bar Association Antitrust Section’s Health Care and Pharmaceuticals Committee and the Executive Editor for the Committee’s quarterly publication, the Antitrust Health Care Chronicle. He currently serves as Vice Chair and editorial board member of Antitrust, the Antitrust Section’s premier magazine devoted exclusively to antitrust and consumer protection. He has also published a number of articles and other papers on antitrust law developments and actively participates in speaking engagements. He devotes time to pro bono work for the D.C. community, assisting the Washington Legal Clinic for the Homeless and aiding other local organizations.