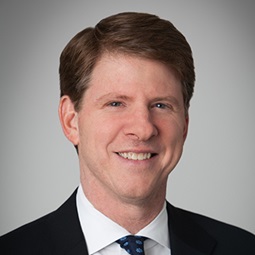 John Scribner is an antitrust partner in the Washington, D.C. office and represents international and US clients on their most significant antitrust matters. His practice focuses on mergers and antitrust litigation.

John has played a lead role in obtaining regulatory clearance for transactions in a variety of industries and possesses significant antitrust merger experience in the high-tech and pharmaceutical areas. He regularly counsels clients such as Adobe, Applied Materials, Sanofi, and Abbott Laboratories on potential transactions. Among his notable matters, John secured U.S. Department of Justice clearance for Iron Mountain’s $2.6 billion acquisition of Recall Holdings. Iron Mountain and Recall were both leading providers of document management services in the U.S. John recently obtained antitrust clearance for Sanofi in connection with a number of significant acquisitions including Bioverativ, Ablynx, and Alnylam. He also secured Federal Trade Commission clearance for Abbott relating to its acquisition of Alere.

Several ranking directories consistently recognize John for his outstanding legal performance. John has been named by Chambers USA as a “Leading” Lawyer in Antitrust and has been listed in the Washington, D.C. Super Lawyers for antitrust.  He is also recognized by Legal 500 for merger control. The National Law Journal named John a 2020 “Washington, D.C. Trailblazer,” an honor awarded to 50 attorneys in the nation’s capital who are “innovators and thought leaders” in their respective practice areas. And, most recently, John was named to Lawdragon 500’s inaugural “Leading Litigators in America” guide which honors “all-star litigators” from across the US who specialize in an array of litigation matters with “decades of experience on their feet in leading roles in state or federal courts and before government agencies.”

Prior to joining Weil, John spent five years as a litigation attorney with the Federal Trade Commission where he was actively involved in merger and non-merger investigations in a wide range of industries, including defense, pharmaceuticals, infant formula, aviation, energy, industrial products, medical devices and high technology. He served as lead attorney in the FTC’s investigation of Boeing’s acquisition of McDonnell Douglas. While at the FTC, he received the Award for Superior Service and the Award for Meritorious Service.

John speaks on a number of antitrust topics including how to get your life sciences deal past the US antitrust authorities, the role of efficiencies in merger investigations and on antitrust issues that arise in patent litigation.

John received his J.D. in 1992 from the University of Oklahoma College of Law where he served as Note Editor of the Oklahoma Law Review.