The New York office’s relationships with the business community and key New York metropolitan area institutions have been the catalyst for our continued growth and expansion to our position at the vanguard of the world’s leading law firms. Weil's four departments – Corporate, Litigation, Restructuring, and Tax, Executive Compensation & Benefits – form the core of the New York office.

Weil partners in the New York office have been recognized for their leadership, innovation and groundbreaking successes across a variety of practice areas.

Weil has performed hundreds of thousands of hours of pro bono service since our current program was launched in August 2005. In June 2018, Weil was named “Best International Firm” for Pro Bono Work and Diversity by Euromoney Legal Media Group’s Americas Women in Business Law Awards for the third consecutive year. Our program has been recognized with awards from the Financial Times’ Innovative Lawyers North America Report, the New York State Bar and The National Law Journal. In 2019, Weil received the International Pro Bono Excellence award from the Cyrus R. Vance Center for International Justice, which recognized the Firm’s outstanding international pro bono work before the Supreme Court of Chile on international law and the human right to a healthy environment. The Vance Center has also recognized Weil for its special report on solitary confinement, undertaken on behalf of the United Nations Special Rapporteur on Torture. Weil attorneys also received the Cornerstone Award for distinguished service from the Lawyers Alliance for New York for representing LANY in its efforts to obtain records from the New York City Department of Finance related to the Department’s construction of the New York state property tax exemption for charitable organizations. The Firm was featured in The Am Law Daily for its significant victory for the East End Eruv Association, and religious freedom in general, in a dispute related to the establishment of an eruv - a symbolic enclosure significant to people of Jewish faith.

The New York office was also honored with the 2019 Pro Publico Award from The Legal Aid Society. The Firm has partnered with The Legal Aid Society for many years to offer legal services on a diverse range of matters, including saving homes, representing death row inmates, safeguarding prisoners’ rights, representing families at risk of homelessness in class actions and advising small businesses. In addition to our pro bono work, members of the New York office are engaged through support of local organizations including Big Brother Big Sister, PENCIL and the American Cancer Society’s Hope Lodge in New York City. Additionally, many partners and staff serve on boards of national and local not-for-profits and charity organizations. 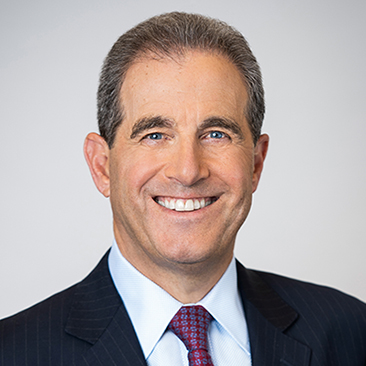