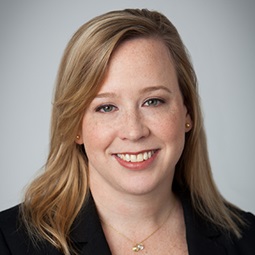 Brianne Kucerik, a partner in Weil’s Antitrust/Competition practice, focuses on counseling clients through the antitrust merger review process and in antitrust government investigations and litigation. She represents clients across a variety of industries on their most significant antitrust matters.

Brianne has extensive experience obtaining regulatory clearance for complex, cross-border transactions in a wide range of industries and is regularly recognized among the top U.S. antitrust practitioners in Legal 500 for Antitrust: Merger Control and Who’s Who Legal for Competition: Future Leaders – Partners. She counsels clients on all aspects of the antitrust merger review process, including advising on antitrust risk, engaging with the antitrust agencies, working with economic experts, negotiating remedies where necessary, coordinating with local counsel outside the United States, and advising on due diligence information exchange and pre-closing integration planning. Most recently, Brianne played a lead role in securing antitrust clearance for a number of multi-billion dollar transactions involving well-known pharmaceutical, medical device, retail, and media clients.

The multi-faceted nature of Brianne’s work, combined with her creative, technical and strategic expertise earned her a spot on Global Competition Review’s “Women in Antitrust 2021,” a select list of the world’s foremost female leaders in antitrust and competition law. In 2017, Brianne was recognized as a “D.C. Rising Star” by the National Law Journal on a list of “game-changing” attorneys aged 40 or under practicing in Washington, D.C. who have “wielded great influence in their practice areas in the D.C. area and beyond.” She is described by clients as an advisor with a “great deal of business acumen” and the “ability to bridge the regulatory requirements with [clients’] business objectives.”

Prior to law school, Brianne was a paralegal at the U.S. Department of Justice Antitrust Division, where she worked on merger and non-merger investigations in the telecommunications and media industries.