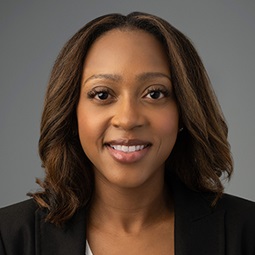 Kristin Sanford is an associate in Weil’s Antitrust/Competition group and a member of the firm’s Associates Committee. Her practice focuses on mergers and acquisitions, government investigations, and general antitrust counseling with experience across a wide range of industries, including medical devices, pharmaceuticals, hospitality, and retail, among others. Kristin focuses her pro bono efforts on petitioning the courts to vacate human trafficking survivors’ criminal convictions that occurred while being trafficked.

Prior to joining Weil, Kristin interned at the US Federal Trade Commission in the Office of Commissioner Joshua Wright. Kristin is a member of the American Bar Association’s Section of Antitrust Law, served as a Young Lawyer Representative for the Section’s Task Force on International Divergence of Dominance Standards (2017 – 2019), and has been a contributing editor to the ABA’s Annual Review of Antitrust Law Developments.

Kristin obtained her J.D. from the Georgetown University Law Center where she served as a Law Fellow in the Legal Research and Writing Department and Managing Editor of The Georgetown Journal of Legal Ethics. She earned her B.A., with distinction, from Duke University. Prior to law school, Kristin was a revenue management analyst at American Airlines.