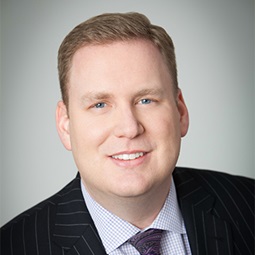 Evert J. Christensen, Jr. is a partner in Weil’s Securities Litigation practice group, where he focuses on defending securities, M&A, and stockholder class and derivative litigation in federal and state courts throughout the country. Evert also counsels public company boards of directors and senior management with respect to a broad range of corporate governance, business and regulatory matters, and he has experience representing boards of directors in connection with responding to stockholder demands and conducting internal investigations.

In 2021, Evert was recognized by Chambers USA as a leading lawyer for securities litigation in New York. Clients in Chambers noted that he is “smart on the law, practical and very user-friendly.” In 2020, Evert was named to Benchmark Litigation’s “40 & Under Hot List,” and since 2019, he has been recognized as a “Next Generation Lawyer” for M&A Litigation: Defense, and a recommended lawyer for Securities Litigation: Defense by Legal 500. In 2018 and 2019, Euromoney shortlisted him as a “Rising Star” for Securities Litigation.

Evert also devotes time to pro bono matters, including having argued a criminal appeal before the New York State Court, Appellate Division (First Department) and the New York Court of Appeals, and he serves as chairman of a not-for-profit organization in New York City.

Prior to joining the Firm, Evert served as a law clerk to Vice Chancellor John W. Noble (retired) of the Delaware Court of Chancery.