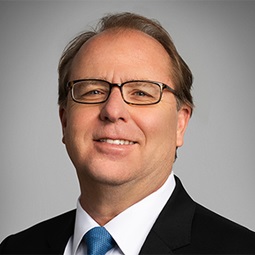 With a focus on transactions, Michael Moiseyev has a broad antitrust practice advising clients on both investigations and litigation. Drawing on his over 30 years of service at the Federal Trade Commission, including 16 years as Assistant Director leading the Mergers I Division in the Bureau of Competition, Michael provides clients with a unique, inside perspective on how the government investigates and litigates merger cases.

Utilizing his significant experience engaging with foreign competition authorities, including the European Commission, the UK Competition Markets Authority, and the Canada Competition Bureau, Michael represents companies worldwide in their most high-stakes litigations and complex transactions, securing approval from regulatory agencies across the globe. He has significant experience advising companies across industries and develops tailored approaches to navigate their most complex antitrust issues.

While in government service, Michael was one of the most well-known, respected, and successful antitrust officials in the country. As Assistant Director, he managed all aspects of the Mergers I division’s enforcement work, including oversight of investigations, formulation of legal theories, and preparing and presenting enforcement recommendations. During his tenure, he oversaw more than 100 significant merger reviews in a broad range of industries, from healthcare products and services, to technology products, to defense, scientific, and industrial products. Michael was responsible for the antitrust review of many of the largest mergers of the last decade: the BMS/Celgene, Pfizer/Wyeth, Teva/Allergan, GSK/Novartis, and Takeda/Shire pharmaceutical mergers, the Medtronic/Covidien and Abbott/St. Jude medical device transactions, Microsoft/LinkedIn, the Essilor/Luxottica optical merger, and in industrial products the Holcim/Lafarge cement and Praxair/Linde industrial gases mergers. Other significant investigations conducted under his leadership include Mallinckrodt(Questcor)/Novartis, which produced the largest equitable monetary relief ever by the government in a merger case, Hertz/DollarThrifty, Walgreens/Rite Aid, ESI/Medco, Google/DoubleClick and OrbitalATK/Northrop Grumman. Additionally, he oversaw and participated in litigation conducted by his division, including FTC v. Steris, the first potential competition case brought by the government in over twenty years, and the administrative challenge of the consummated Otto Bock/Freedom Innovations acquisition.

At the FTC, Michael was regularly called on to participate in many of the agency's most significant merger policy initiatives. Most recently, that work has included: the Vertical Merger Guidance Task Force whose work culminated in the recently issued Vertical Merger Guidelines; the portion of the “Hearings on Competition and Consumer Protection in the 21st Century” relating to Acquisitions of Nascent and Potential Competitors in Digital Technology Markets; and the “FTC's Merger Remedies 2006-2012” report. His work has been recognized by the FTC through numerous awards and he is a five-time recipient of the agency's Janet Steiger Team award.

His international antitrust work has also included representing the FTC at the 2020 meeting of the International Competition Network Merger Working Group in Australia, which brings together 140 competition agencies, from 130 jurisdictions, providing a forum for sharing experience and addressing practical competition policy and enforcement issues, frequent participation in the FTC's international technical assistance program, and a secondment to the OECD's Competition Law and Policy Section. He is frequently invited to present on antitrust topics before government, industry and legal audiences.