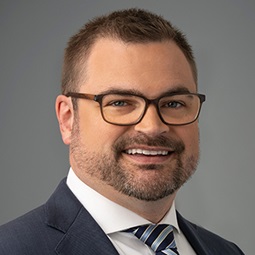 Rob Meyer is counsel in Weil’s Antitrust/Competition practice in the Washington, D.C. office. His practice focuses on regulatory approval for mergers and acquisitions, as well as providing counseling for compliance and guidance in all areas of antitrust law.

Rob has worked with domestic and international clients across a broad range of industries, including semiconductors, software and technology, pharmaceuticals, medical devices, oil and gas, chemicals, and consumer goods and retail.

During Law School, Rob worked as a law school intern at the Federal Trade Commission in the Bureau of Competition’s Health Care Division, where he assisted on active litigation and investigations related to alleged pay-for-delay agreements in the pharmaceutical industry.

Rob has been involved in a variety of pro bono matters, including working with the Legal Aid Society to assist families facing eviction in landlord/tenant disputes, as well as assisting in matters with the Innocence Project.

Rob received his J.D. from the University of California, Davis School of Law, where he was involved in moot court and won the award for top oral advocate. He received his B.A. in economics and psychology from Northwestern University. Rob is a member of the American Bar Association’s Section of Antitrust Law.