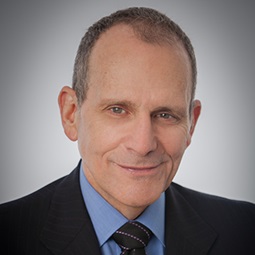 Steve Newborn serves as Head of Weil’s global Antitrust/Competition practice. Previously, he was the Director of Litigation at the U.S. Federal Trade Commission’s Bureau of Competition where he was in charge of its Merger Enforcement Program until his departure in 1994.

In private practice, Steve continues to shepherd mergers and acquisitions through the agencies as well as conduct major litigations. He has obtained approvals for hundreds of transactions, many of which had run into regulatory blocks before he was retained. Steve is now one of seven antitrust attorneys in the United States named to the Legal 500 Hall of Fame for Merger Control. Chambers USA 2020 notes that, “he is particularly looked to for his abilities to rescue transactions facing significant regulatory obstacles and agency opposition.” “He’s one-of-a-kind in antitrust: a go-to attorney for situations when a transaction is in jeopardy . . . his knowledge, creativity and communication skills are unparalleled.” Newborn is one of only four antitrust lawyers to achieve a Chambers’ Band 1 ranking for Washington, DC, Nationwide and Global/US. The publication’s sources refer to him as “an antitrust titan.” He is also consistently recognized as a “Thought Leader” for Competition by Who’s Who Legal 2018 – 2021, and was named antitrust litigator of the year in 2019 by LMG Life Sciences. In 2017, Lawdragon described Newborn as a “legendary antitrust star [who] has an unparalleled record of gaining antitrust approval for the largest companies in the world.”

Other accolades for Steve include being named the “best antitrust lawyer of his generation” and “in a class of his own” (Chambers), one of the “Top 30 Experts in Competition and Antitrust Law” (Best of the Best USA Expert Guides), “someone you turn to in a life or death merger transaction” (Legal 500), a Competition MVP by Law360, and a 2017 “Litigation Star” for Antitrust in the U.S. by Benchmark Litigation. Other publications that acknowledge his premier standing include Best Lawyers in America and Super Lawyers. Lawdragon named Newborn one of the 500 best attorneys (of any discipline) in the nation and one of only three antitrust lawyers in the country recognized as the nation’s finest dealmakers. Lawdragon notes he “continues to be a top choice among antitrust lawyers for Fortune 100 companies in their most important mergers, having gained antitrust approvals for the largest deals in the history of J&J, Kinder Morgan, Sherwin-Williams and Walgreens.” In 2015, The National Law Journal recognized Steve as an Antitrust “Trailblazer”, an honor awarded for “the extraordinary accomplishments of innovative thinkers” who have “moved the needle” in antitrust law. He has also been named among a select group of antitrust “Client Service All-Stars” by BTI Consulting Group for multiple years.

The antitrust cases he has tried include the first successful Section 7(A)G(2) proceeding under the Hart-Scott-Rodino Act and the first successful interpretation of the Bankruptcy Act as not limiting the Hart-Scott-Rodino Act. Steve is an expert in high-stakes antitrust litigation. He has served as lead counsel in numerous trials, is often consulted by the government in their court cases, and is recognized by every ranking publication as one of the nation’s leading antitrust trial lawyers. He is the recipient of the Brandeis Award presented to the Federal Trade Commission’s finest litigator and has been named one of the “50 national Stars for Antitrust Litigation” (Benchmark Litigation). Steve has served as a Special Assistant US Attorney, a member of the faculty of the National Institute of Trial Advocacy (NITA), Master of the Bar of the Charles Fahy American Inns of Court, chair of the Government Antitrust Litigation Committee of the American Bar Association’s Antitrust Section, chair of the Merger Litigation Subcommittee of the American Bar Association’s Litigation Section, and co-chair of the Long Range Planning Committee of the Corporate Counsel Section of the Federal Bar Association. He has also been on the Board of numerous publications including Law360, The Metropolitan Corporate Counsel magazine and the Antitrust & Trade Regulation Report.

Steve was a major contributor to the 1992 Federal Merger Guidelines and is the author of a number of articles on both antitrust and trial practice. He was named to the Department of Defense’s Antitrust Task Force that advised the Secretary of Defense concerning horizontal merger policy in the defense industry and has lectured on antitrust and litigation at the nation’s top universities, and to government agencies throughout the United States and Europe.