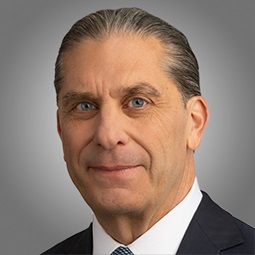 Mark A. Perry is Co-Head of Weil’s Appeals and Strategic Counseling practice and a member of the Firm’s Complex Commercial Litigation practice. He is a veteran U.S. Supreme Court advocate and legal strategist who focuses on complex business cases in trial and appellate courts around the United States.

Mark regularly serves as lead outside appellate counsel to major global companies in their most significant matters. His significant appeals have included most areas of business litigation, including securities, intellectual property, employment, and competition law. He has exceptional experience briefing and arguing cases in the Supreme Court of the United States – including winning landmark decisions in Lucia v. SEC, Alice Corp. v. CLS Bank, and Janus Capital Group v. First Derivative Traders – and the federal courts of appeals. Mark also regularly represents clients in federal district courts, frequently serving as litigation strategist in class actions and other complex commercial cases.*

Mark is extremely well regarded by leading legal industry publications. He is ranked by Chambers USA, where commentators have called him a "master strategist and a brilliant writer" and a “strong advocate” who “pushes hard on the strong points in terms of his briefs and oral advocacy,” as one of the top practitioners nationally for Appellate Law. Mark is also recognized by Legal 500 as a top-ranked national “Leading Lawyer.” He has been named a National “Litigation Star” for both Appellate and General Commercial by Benchmark Litigation, which also has awarded him “Appellate Lawyer of the Year” honors. Additionally, Mark has been recognized by Best Lawyers in America® in the fields of Appellate Practice and Securities / Capital Markets Law, by Super Lawyers in the Appellate category, and by IAM Patent – which called him “undoubtedly one of the top appellate specialists in the country” – for his work in the Federal Circuit. He also has been selected by Law360 on numerous occasions as a national “MVP,” including in the Antitrust and Securities categories, and named a “Litigator of the Week” by The American Lawyer.