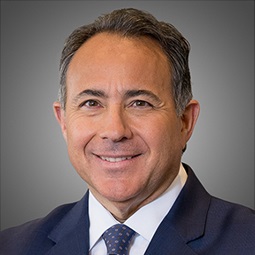 Michael has counseled clients on a broad range of corporate, securities and business-related matters, including directors’ duties and responsibilities and other aspects of corporate governance, disclosure issues and compliance matters, as well as defensive measures and takeover tactics. He has been included on the 2020, 2019, 2018, 2017 and 2014 NACD Directorship 100, a list of the 100 most influential people in the boardroom compiled by NACD Directorship magazine.

Michael is ranked Band 1 for Corporate/M&A by Chambers Global and Chambers USA, where clients refer to him as “first class” and having “incredible knowledge about any M&A transaction.” He is listed in the M&A “Hall of Fame” by Legal 500 US, where clients note he is “one of the best outside lawyers in a boardroom environment.” Michael is also recognized as a “Market Leader” by IFLR1000, where clients have described him as being the “best in the business” and is consistently recognized in Best Lawyers in America. He is named among Lawdragon’s “500 Leading Dealmakers in America” list. Michael was shortlisted for 2020 Corporate Lawyer of the Year by The American Lawyer, has been named an M&A “MVP” multiple times by Law360 and an M&A “Trailblazer” by The National Law Journal. He has also been named a Dealmaker of the Year and Dealmaker of the Week many times by The American Lawyer for his lead roles on blockbuster M&A transactions. Michael was the first lawyer ever to be featured as a “Rainmaker” in Institutional Investor, citing his role in shielding clients from the potential collapse of proposed merger and acquisition deals, was selected as one of Crain’s New York Business “40 Under 40” honorees and one of the “40 Business People Under 40 to Watch in 2009” by The Investment Dealers’ Digest. Michael was also named one of The National Law Journal’s “40 Under 40” for his work in the mergers and acquisitions area in 2005.

Michael is an elected Fellow of the American College of Governance Counsel. He has authored several articles discussing the fiduciary duties of corporate directors and officers, recent developments in the areas of mergers and acquisitions and corporate compliance matters, including Sarbanes-Oxley and the related rules adopted by the SEC and the securities exchanges. He is also a frequent lecturer in these areas, and participated in a panel on Developments Affecting M&A Investment Bankers and Their Clients at the Tulane University Law School Annual Corporate Law Institute. Michael received the Burton Award for Legal Achievement for his articles, “Bank M&A in the Wake of Dodd-Frank” (The Banking Law Journal, November/December 2010) and “Taking a Hard Look at Poison Pills” (New York Law Journal, November 7, 2005).