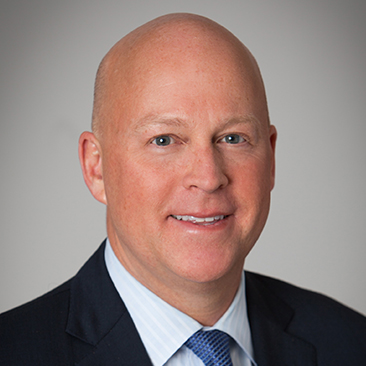 James R. Griffin is a partner in Weil’s Mergers & Acquisitions practice and is based in Dallas. Mr. Griffin represents both private and publicly held companies from a broad range of industries in mergers and acquisitions and related transactions, including public and private company mergers, stock acquisitions, asset acquisitions, tender offers, divestitures, auction transactions, defensive strategies and going-private transactions. He also advises boards and special committees on fiduciary duties in the M&A context.

Mr. Griffin has been recognized as a leading lawyer in Corporate/M&A in Chambers USA 2018 - 2020, where he is described as having “great judgement, deep experience, and is a problem solver”… “a very dynamic and intelligent" lawyer who is "very good on public M&A.” (Chambers USA 2019-2020) He has also been recognized in Best Lawyers in America* for mergers and acquisitions and corporate governance law 2008 - 2021; was recommended for M&A: Large Deals ($1bn+) by Legal 500 US 2019; and is recognized as a “Highly Regarded” lawyer for M&A in Texas by IFLR1000 2020. Mr. Griffin has been recognized as a Dallas 500 Business Leader for M&A by D CEO Magazine 2018 - 2020 and named among a select list of 100 attorneys and executives who have had an impact on business and legal matters in communities across the U.S. by the Business Journals in 2018.


* Best Lawyers (in America) is by Levine Leichtman Capital Partners