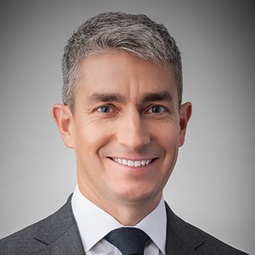 Zack Tripp is Co-Head of Weil’s Appeals and Strategic Counseling practice and is based in the Firm’s Washington, D.C. office. He has extensive experience litigating before the U.S. Supreme Court and other federal and state appellate courts, as well as litigating high-stakes legal issues at the trial level. Zack’s work has encompassed a broad range of subjects, including intellectual property, bankruptcy, antitrust, and securities, among other issues.

At Weil, Zack has a diverse practice, handling appeals and trial-level briefings for clients across industries and practice areas. Notable recent engagements include:

Zack is currently recognized by Chambers USA as a leading lawyer nationally for Appellate Law, with commentators touting his strength in bringing “people together in difficult situations…and building consensus,” and calling him “a great writer, quick and very effective at the podium.” He also is nationally recommended by Legal 500 for both Appellate: Courts of Appeal and Appellate: Supreme Courts, where clients note that he is “phenomenal,” “extremely quick-thinking,” and “knows the U.S. Supreme Court especially well.”