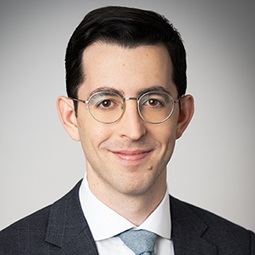 Robert B. Niles-Weed is an associate in Weil’s Complex Commercial Litigation and Appeals and Strategic Counseling practices, where he focuses on various commercial, intellectual property, securities and bankruptcy disputes, as well as appeals in state and federal courts.

Robert has experience at all phases of bankruptcy, trial court, and appellate litigation, including drafting dispositive motions and appellate briefs, and arguing in bankruptcy, district, and appellate court. Recently, Robert argued an appeal before the Third Circuit, on behalf of Westinghouse Electric Company, in a case raising novel issues about the scope of a bankruptcy court’s authority to discharge administrative claims.

Robert also maintains an active pro bono practice, including serving as a member of the Weil team that, in June 2020, won a significant victory against the Small Business Administration that helped to obtain loan forgiveness for myriad small business owners with prior criminal history struggling with the impact of the COVID-19 crisis.

Prior to joining Weil, Robert clerked for Justice Elena Kagan of the United States Supreme Court. He also previously served as a law clerk for Judge David Tatel of the U.S. Court of Appeals for the D.C. Circuit and Judge J. Paul Oetken of the U.S. District Court for the Southern District of New York.