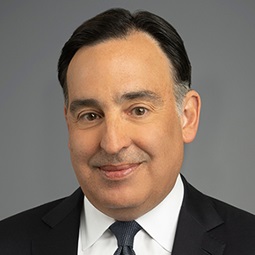 Rob Stern is a partner in Weil’s Securities Litigation practice, a first-chair trial lawyer, and nationally recognized as a top-ranked securities and enforcement lawyer, including a Band 1 ranking in Chambers USA and a “Leading Lawyer” designation in Legal 500.

For more than two decades, Rob has played lead roles in resolving some of the most consequential, high-profile civil securities litigation and criminal and civil government enforcement probes to target the business community. He has developed an extensive track record on behalf of financial services institutions, public companies, accounting firms, and their officers and directors, in complex matters involving everything from recent notable de-SPAC transactions and the Puerto Rico debt crisis to subprime mortgages and the Enron bankruptcy. Broadly, Rob has litigated dozens of securities, commodities, and M&A class actions, in addition to SEC, CFTC, PCAOB, and criminal enforcement matters that can accompany them.

Rob is well regarded by clients for his ability to develop and deploy creative litigation strategies and business solutions tailor-made for a broad range of first-of-kind and other novel or crisis situations. Most recently, clients lauded his outstanding work in Chambers USA 2022, noting that he is a “very forceful advocate on his client's behalf” and “is extremely strategic and thinks very hard about how to get a result for his client.” Clients in previous editions noted that he “has my interests at the forefront, he’s a great advocate who gives strategic, candid advice and direction,” and “I find him great to deal with, he’s a godsend.” Commentary in Legal 500 2021 similarly notes, “Rob is an excellent attorney and strategist as well as a superb client attorney. He is a guy you want in your corner.”

Rob is also a recognized thought leader, and lectures and publishes widely. He is a faculty member of Practicing Law Institute’s Securities Litigation program and Chairs PLI’s annual program, “Storming the Gatekeepers: When Compliance Officers and In-House Lawyers Are at Risk.” Rob has also spoken at ACI conferences, Bond Buyer webinars, NERA’s Securities and Finance Seminar, and at the Advanced Litigation Strategy Summit.

Rob also is extremely involved in the community. He currently is a member of the Next Generation Board of Directors, as well as the Lawyers’ Committee, of the United States Holocaust Memorial Museum. Rob also serves on the Alumni Steering Committee of the Rutgers Center for Corporate Law and Governance.

Prior to joining Weil, Rob was a partner at another global law firm, where he served as Chair of its nationwide White Collar, Investigations, Securities Litigation & Compliance Practice Group.