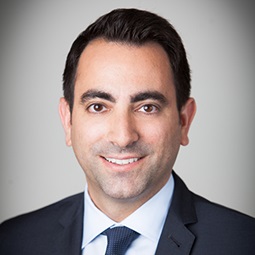 Mark is an associate in Weil’s Complex Commercial Litigation practice and its Appeals and Strategic Counseling Group. He has experience across a range of substantive areas of law, including antitrust, bankruptcy, administrative law, environmental law, and constitutional law. Mark also has industry expertise in energy, technology, and sports and entertainment, representing major global companies in those fields.

Mark plays a lead role at all stages of litigation. Drawing on his deep knowledge of the federal court system, and having clerked in both the federal district court and circuit court of appeals, he helps clients formulate comprehensive and successful strategies at the outset of litigation. He drafts motions and briefs on a range of complex issues, attends hearings and depositions, prepares trial plans, and writes appellate briefs. He also helps clients with regulatory issues, submitting public comments to proposed regulations and defending against agency enforcement actions.

Some of his notable experience includes serving on Weil teams representing:

Mark also has an active pro bono practice, with a focus on First Amendment and religious freedoms. He currently works with a Weil team defending journalists against “SLAPP” lawsuits and another team representing a Jewish seminary facing religious discrimination.