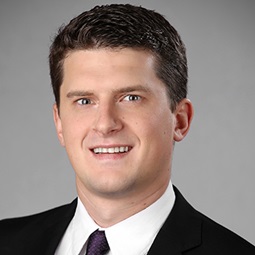 Some of his recent notable experiences includes serving on Weil teams representing:

As a member of the Firm’s Appellate Litigation practice, Brian has represented clients in the United States Supreme Court, United States Courts of Appeals for the Second, Eleventh, and D.C. Circuits, and the Colorado Supreme Court.

In 2020, Brian was honored in the inaugural edition of Best Lawyers: Ones to Watch for commercial litigation, and selected as a member of the Florida Board of Bar Examiner’s Practice Analysis Panel, which will evaluate the knowledge, skills, and abilities that all newly licensed Florida lawyers should have to be admitted to the bar.

Brian also is an active participant in the Firm’s pro bono initiatives. Most recently, Brian was appointed by the United States Court of Appeals for the Eleventh Circuit to represent an indigent individual on appeal and successfully overturned the denial of social security benefits. Brian has also worked with the Innocence Project, seeking to obtain post-conviction relief for a client based on new scientific evidence, and as part of a team of Weil attorneys which represented a victim of human trafficking, successfully allowing the client to have her criminal record expunged and vacated.

From September 2017 through September 2018, Brian served as a judicial clerk for the Honorable Adalberto Jordan of the United States Court of Appeals for the Eleventh Circuit.