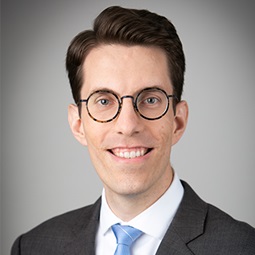 Aaron J. Curtis is an associate in Weil’s Complex Commercial Litigation and Appellate Litigation practice groups, where he focuses on various commercial, securities, intellectual property, and bankruptcy disputes in state and federal trial and appellate courts.

Aaron is also involved in the Firm’s pro bono program, including litigation regarding the Fourteenth Amendment, the Fair Housing Act, and the Religious Land Use and Institutionalized Persons Act.

Prior to joining Weil, Aaron served as a law clerk to the Honorable Edward C. Prado of the United States Court of Appeals for the Fifth Circuit and to the Honorable Sarah Netburn of the United States District Court for the Southern District of New York. Before clerking, Aaron worked as an associate in the tax and benefits department of another prominent international law firm.