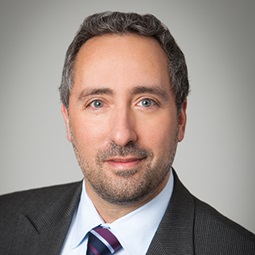 Greg Silbert is Co-Head of Weil’s national Complex Commercial Litigation practice and Co-Head of the Firm’s Appeals and Strategic Counseling practice. A former judicial clerk in both the Ninth and D.C. Circuits and a former Assistant Solicitor General of New York State, Greg has successfully argued dozens of appeals, and briefed many more, in federal and state appellate courts around the country.

Greg has a diverse practice. Recently, as lead counsel to a foreign sovereign, he successfully argued a major Foreign Sovereign Immunities Act case before the U.S. Supreme Court, resulting in a unanimous opinion in his client’s favor. Greg also has argued appeals for foreign sovereigns in the D.C. Circuit and the Seventh Circuit. Earlier, he successfully obtained certiorari and a Supreme Court reversal in a significant False Claims Act case. Greg also has represented prominent amici curiae in the Supreme Court, such as the European Union in a case involving the construction of international law, and Vivendi S.A. in a case examining the presumption of reliance in securities fraud class actions. He also has successfully litigated high-profile cases before state appellate courts, including for the Port Authority of New York and New Jersey in its appeal to the highest court in New York State in a case surrounding the 1993 terrorist attack at the World Trade Center, and for the National Restaurant Association before the same court in a successful constitutional challenge to New York City’s “soda ban.”

Greg is widely recognized for his expertise in appellate advocacy. From 2010 to 2011, he served on then California Attorney General Kamala Harris’s transition committee, advising on issues relating to appellate litigation. Since 2013, he has been recognized annually as a nationally “recommended” lawyer by Legal 500, including for Appellate: Court of Appeals, Appellate: Supreme Courts, and General Commercial Disputes, and is ranked as a “Local Litigation Star” in New York for Appellate and Commercial Litigation by Benchmark Litigation. He also has been recognized for his work in the Appellate space by New York Super Lawyers.

Greg maintains an active pro bono practice, providing legal assistance to organizations such as the Asian American Legal Defense and Education Fund, Center for Constitutional Rights, Citizens Union of the City of New York, the Innocence Project, the Legal Aid Society, Muslim Advocates, the National Association of Criminal Defense Lawyers, and New York Lawyers for the Public Interest, among others. He serves on the board of directors of Citizens Union and of the Delancey Street Foundation in San Francisco.

Greg graduated from Yale Law School in 1999, where he was Symposium Editor of the Yale Law Journal.