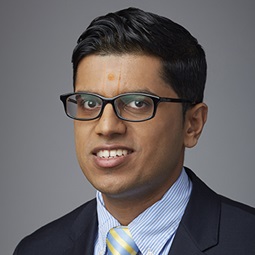 Pravin has been intimately involved in and led the defense of numerous nationwide and multi-state putative class actions, and he is directly involved in all aspects of these and other cases, ranging from discovery and dispositive motions to settlement and case resolution. He has assisted with the representation of clients across various industries, including consumer products, investment banking, healthcare, insurance, media and entertainment, oil and gas, and energy.

Pravin has been recognized by Florida Super Lawyers as a “Rising Star” since 2016 and as a “Top Rated Class Action & Mass Torts Attorney in Miami, FL” since 2018. In 2020, he was honored as one of just 25 recipients of Daily Business Review’s “On the Rise” award, which recognizes attorneys under 40 years of age for their early-career accomplishments.

Pravin also is actively involved in the Firm’s pro bono initiatives and in the local community, and has achieved nationally recognized results in these engagements. Notable among these are: his representation of members of the Humane Society of the United States in a nationwide putative class action challenging the sales of puppies from “puppy mills”; and his representation of members of the Florida Immigrant Coalition and WeCount!, amongst others, in a putative class action challenging the constitutionality of Miami-Dade County’s practice of compliance with voluntary detainer requests by U.S. Immigrations and Customs Enforcement to hold individuals for up to 48 hours after they are entitled to lawful release.