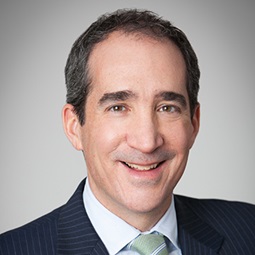 David Lender is Co-Chair of Weil’s global Litigation Department, a member of the Firm’s Management Committee, and a Fellow of the International Academy of Trial Lawyers. Recognized by The American Lawyer as a Litigator of the Year (2020), by the National Law Journal as a Litigation Trailblazer (2018), and by Benchmark Litigation as a Top 100 U.S. Trial Lawyer (2018-2022), David has more than 25 years of experience trying and litigating complex international commercial disputes in state and federal courts around the country, as well as in arbitration proceedings.

David’s multi-disciplinary practice encompasses matters involving patent, antitrust, consumer fraud, and contract issues, among others, including in the class action context. He has tried more than 25 cases to verdict as a first chair – many of which have resulted in his clients obtaining, or avoiding, hundreds of millions of dollars in damages.

David’s other significant trial and litigation achievements include:

David has played an instrumental role in protecting his clients’ valuable technology, much of which gears the ubiquitous products and daily transactions underpinning the economy today. In 2015, following oral argument before the Federal Circuit, David secured for Microsoft the affirmation of a lower court’s decision granting summary judgment of non-infringement and invalidity, a ruling that dismissed a patent infringement action relating to an invention that enables certain capabilities of speech recognition and word processing software. In 2012, David won a major appellate victory for StubHub before the North Carolina Court of Appeals, which, on an issue of first impression, ruled that StubHub was immune from liability under the federal Communications Decency Act for the unlawful price of concert tickets resold by third parties on its website – a decision of critical importance to Internet websites and the growth of e-commerce. In 2013, Financial Times highlighted David’s work on this and other matters in the “Lawyers to the Innovators” section of the publication’s annual “US Innovative Lawyers” report.

David is a recognized expert, author and frequent lecturer on electronic discovery issues. He is the co-author of the leading treatise on the subject, entitled Electronic Discovery: Law and Practice, originally published by Aspen Publishers in 2003, author of Privilege Issues in the Age of Electronic Discovery, originally published by BNA in 2008, and head of the Firm’s E-Discovery Task Force.

He is regularly recognized as a preeminent trial lawyer and litigator by leading industry publications. In 2020, The American Lawyer named David as a winner of its coveted “Litigator of the Year” award. Chambers USA identifies him among the top commercial litigators in New York, where clients note he is a “phenomenal trial lawyer” and “a very accomplished litigator” with a “keen intellect,” “work ethic,” and “mastery of the details” and an ability to “think through the evidence and trial strategy with clarity and efficiency.” They also remark that he is a “powerhouse” who “gets the legal issues as well as the business issues” and “consistently delivers winning results at extremely efficient cost.” David has been recognized in the 2018-2022 editions of Benchmark Litigation as one of the Top 100 Trial Lawyers in America, and by Legal 500, which describes him as a “brilliant litigator,” as among the leading general commercial and trial lawyers nationwide. In 2018, he was recognized by The National Law Journal as one of just 30 Litigation “Trailblazers” nationwide for his trial defense of “corporate defendants in their most significant disputes,” and also named a Client Service All-Star by BTI Consulting. In 2012, he was recognized as one of five “Class Action MVPs” nationwide by Law360 and named among the Lawdragon 500 Leading Lawyers in America.

David is on the Executive Board of New York Lawyers for the Public Interest and recently won a jury verdict in the Southern District of New York for a prisoner in a §1983 lawsuit.