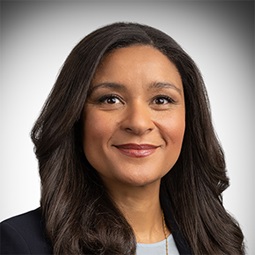 Chantale is an accomplished trial lawyer. She has most recently served as trial counsel for a pharmacy defendant in a national bellwether case relating to the opioid epidemic. She has previously served as counsel in jury and bench trials relating to disputes in the financial services industry, real estate partnerships, and in multiple criminal cases. In addition, Chantale has led the defense of clients including PepsiCo in high-stakes arbitrations, where she has obtained favorable outcomes for her clients through effective cross-examinations of senior executives and adverse expert witnesses.

Some of Chantale’s recent representative engagements include*:

Chantale has been recognized throughout the industry for her expertise and success in complex litigation. She has been featured by the American Lawyer, Law360 and the National Law Journal, and has been widely cited for her work in publications such as Politico. She is also named by Legal 500 as a Next Generation lawyer for General Commercial Disputes. Earlier in her career, she was named a “Rising Star” by Law360, featuring “attorneys under 40 whose legal accomplishments transcend their age,” and was honored by the Bar Association of the District of Columbia as the Young Lawyer of the Year in light of her contributions to excellence in the profession. She has served as an adjunct professor at Georgetown University Law Center, where she taught an advanced seminar on class action law and practice. Chantale is a frequent writer and speaker on issues relating to class action law, complex litigation, and trial advocacy.

Prior to joining Weil, Chantale was a partner at another international law firm. Earlier, she served as an Assistant United States Attorney in the Eastern District of Michigan. As an AUSA, Chantale helped prosecute former Detroit Mayor Kwame Kilpatrick on public corruption charges, and successfully represented the federal government in more than 20 appeals in the Sixth Circuit, including in cases involving widespread commercial and financial fraud.

Chantale received her law degree from Stanford Law School, where she was an articles editor on the Stanford Law Review. She received her undergraduate degree in economics from the University of Virginia, where she was an Echols Scholar. Chantale also served as a judicial clerk for Judge Rosemary Barkett on the Eleventh Circuit Court of Appeals. Before law school, she worked as a financial analyst at a global investment management firm in New York.

Chantale is also an experienced board director. She has served on the board of organizations such as Racquet Up Detroit, and currently serves on the Executive Committee of the Board of Directors for Levine Music.

View Am Law Q&A with Chantale Fiebig and Liz Ryan 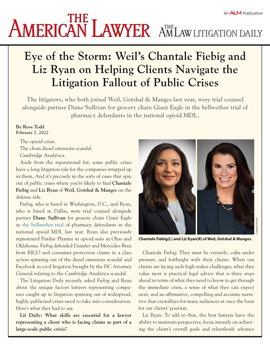