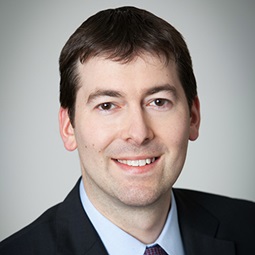 Eric S. Hochstadt is a partner in Weil’s Litigation Department. Eric’s practice focuses on civil antitrust, class action, and other complex and sports-related litigation, as well as criminal cartel investigations and antitrust counseling. He has represented clients in a broad range of industries, including broadcasting, e-commerce, electronics, financial services, pharmaceuticals, private equity, publishing, and transportation.

Eric has extensive experience with consumer and antitrust class action litigation, as well as antitrust lawsuits and commercial disputes between rivals or suppliers and distributors. He has litigated in state and federal courts around the country and participated in confidential arbitrations. He has litigated numerous dispositive and strategic motions, appeals, and has facilitated a number of favorable settlements, on behalf of litigation teams representing clients including CBS, eBay, Houghton Mifflin, GE, MasterCard, StubHub, and Sanofi among others.

Eric is recognized by Chambers USA as a “Leading” Lawyer for Antitrust in New York, where clients note that he is "a sophisticated litigator, fluid communicator, strong leader, and very responsive." He also is recognized by Legal 500 as a recommended lawyer for Antitrust and General Commercial Disputes nationwide and a “Next Generation Lawyer” for the Sports industry, by Benchmark Litigation as a “Future Star,” and by Best Lawyers in America for Litigation - Antitrust. In 2019, Eric was recognized as a “Rising Star” by the New York Law Journal. In 2018, Euromoney named him “Best in Litigation: General Commercial” in its inaugural “Americas Rising Stars Awards." Since 2019, Who’s Who Legal has recognized him a Competition Future Leader. Eric also has twice been listed as a “Rising Star” by Law360 – in 2015 for Competition law and in 2018 for Class Action litigation.

Eric is a member of the Executive Committee of the Antitrust Section of the New York State Bar Association. He also is a leader on the Economics Subcommittee of the ABA Section of Litigation’s Expert Witness Committee. In addition, he serves as Co-Chair of the Benjamin N. Cardozo School of Law Alumni Mentor Program for law students. Eric also has served as a Lecturer in Law at Columbia Law School teaching an advanced seminar on “U.S. Civil and Criminal Enforcement of International Cartels.”