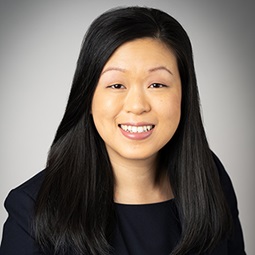 Her recent work has included defending Serta Simmons Bedding in multiple lawsuits challenging a first-of-its kind transaction in the leveraged loan market; representing Visa as trial counsel in an antitrust action in Texas federal court against its competitor Pulse; representing Cleveland-Cliffs, one of the largest global steel companies in the country, in a high-profile multi-district litigation against two of the nation’s four major Class I railroads alleging antitrust violations; and representing biotechnology giant United Therapeutics in a series of RICO cases challenging UT’s charitable donations that help patients secure UT’s life-saving treatments.

Luna also has an active pro bono practice. Most recently, she secured a preliminary injunction enjoining the implementation of a statute that would have banned nearly all abortion across the state of North Dakota. After a week-long bench trial, she also secured a complete victory for a pro bono client in a Hague Convention proceeding. And in 2017, Luna was a member of the trial team that successfully challenged the enactment and enforcement of an Arizona state statute as discriminatory under the First and Fourteenth Amendments of the Constitution.

Luna is active in Firm and other professional organizations and focuses her time on mentoring, diversity, and development. Currently, she serves as a co-leader of AsianAttorneys@Weil, Weil’s global affinity group dedicated to the recruitment, retention, and professional development of Asian attorneys. Luna also is an active member of the Asian American Bar Association in New York (AABANY), and serves as co-chair of AABANY’s Litigation Committee. In 2020, she was selected to Law360’s Trials Editorial Advisory Board.

Luna was named to Lawdragon 500’s inaugural list of “Leading Litigators in America” in 2022. In 2021, Luna was recognized by Law360 as a national “Rising Star” for Trials. In 2020, Luna was shortlisted for the 2020 “Rising Star in Litigation” Award for Euromoney Legal Medial Group’s Americas Women in Business Law Awards. She is named a “Future Star” by Benchmark Litigation.

Prior to joining the Firm, Luna served as a law clerk to the Honorable Richard M. Berman, United States District Court for the Southern District of New York. Luna received her J.D. from the University of California, Hastings College of the Law, where she was a member of the Hastings Business Law Journal. Luna received her undergraduate degree from the University of California, Santa Cruz.