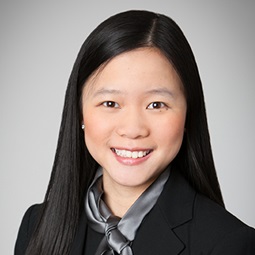 She also has extensive experience performing due diligence in the context of corporate transactions, defending employers in adversary proceedings filed in bankruptcy court, conducting internal investigations, partnering with employers to implement and execute voluntary and involuntary reductions in force, and advising employers relating to a wide variety of labor and employment workforce issues. She also regularly counsels employers on hiring and separation issues, including for high-level executives, and employee and independent contractor classification issues, reviews and revises handbooks and other employment policies, drafts restrictive covenant agreements, and regularly publishes articles on a variety of topics in the field of labor and employment law.

Celine is a member of the Weil team representing Sterling Jewelers in a class arbitration widely recognized as the largest private Title VII class action in the country. Celine was also a member of the Weil team that represented Nuance Communications in a high-exposure putative class and collective wage and hour action pending in the Oklahoma federal court. She also represented HCTec in the successful resolution of a high-exposure wage and hour putative collective action in Tennessee federal court challenging the company’s classification of its core workforce; and helped to obtain a favorable class-wide settlement for Tuesday Morning in a putative California wage and hour class action involving over 3,000 potential class members.

Celine is recognized by Legal 500 as a “Recommended” Lawyer for Labor and Employment Disputes.

Celine maintains an active pro bono practice, where she has provided employment-related counseling to a variety of non-profit corporations, including the Central Park Conservancy, the New York Police & Fire Widows’ and Children’s Benefit Fund, and the United Way, and has represented Bravo Volunteer Ambulance Corporation in defending against a state discrimination claim before the New York State Division of Human Rights.

Prior to joining Weil, Celine worked as a Special Assistant Corporation Counsel at the New York City Law Department, where she represented the City of New York and its agencies in federal and state actions involving challenges to the city’s employment practices, and allegations of constitutional and statutory violations.