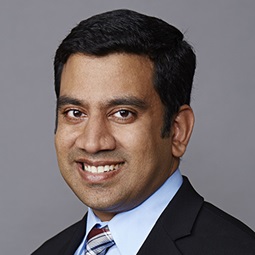 David is currently recognized by Chambers USA for General Commercial Litigation, where clients note he is “meticulous, well organized, and laser-focused on identifying and securing the best, earliest outcome,” and “able to jump right in and know the issues inside and out, and can step back and look at the bigger picture.” He is also nationally recognized by Legal 500 as a “Leading Lawyer” for Product Liability, Mass Tort & Class Action and as a “Recommended Lawyer” for General Commercial Disputes and Advertising & Marketing: Litigation. Clients have noted in Legal 500 that he is “smart, practical, client-focused,” “an excellent and hardworking lawyer…dedicated to advancing the profession,” and that “[h]e knows class action litigation cold and is a thought leader in that area.” In 2017 and 2018, David was named to Benchmark Litigation’s “40 & Under Hot List.” He also was named a 2017 Law360 Class Action “Rising Star”, a 2017 Minority Corporate Counsel Association “Rising Star,” and among the Daily Journal’s 2016 “40 Under 40.”

David is a recognized leader at the Firm and in Silicon Valley and the legal community as a whole, with particular contributions to the areas of class actions, diversity, and pro bono. David has long-served as a leader in the ABA, Section of Litigation in numerous capacities. Currently, he serves as Co-Chair for the Class Actions & Derivative Suits Committee. He previously served in various other roles including Division Director and Co-Chair of the Corporate Counsel Committee. David is a leader of Weil’s Class Action Task Force and editor of the Firm’s Class Action Monitor, and he regularly speaks and writes on significant class action issues. He is a member of Weil’s Diversity Committee, a former Leadership Council on Legal Diversity (LCLD) Fellow, and a member of the South Asian Bar Association (SABA) Northern California Chapter. He has been recognized as a “Pro Bono Legend,” a recognition of attorneys at Weil who have performed more than 50 hours of pro bono service for five or more consecutive years.