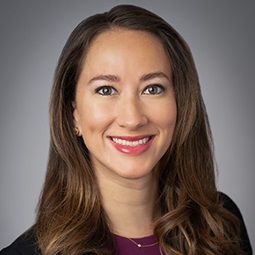 Elaina Aquila is an associate in Weil’s Litigation Department, where she focuses on a broad range of complex commercial disputes, including class actions, product liability cases, and bankruptcy matters, in state and federal courts nationwide. Some of her recent representative experience includes serving on Weil teams representing:

She is also deeply committed to her pro bono practice, which has included successfully representing a low-income tenant who was facing illegal housing conditions and harassment. Among her other victories in this matter, the court issued an order to correct and granted our client’s motion for contempt, with sanction.

Prior to joining Weil, Elaina served as a Judicial Law Clerk to the Honorable Claire C. Cecchi of the U.S. District Court for the District of New Jersey.