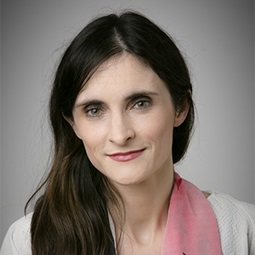 Anne-Sophie Noury is a partner based in the Paris office.

Anne-Sophie co-heads the Paris Restructuring/Insolvency practice at the Paris office of Weil Gotshal & Manges and is one of the preeminent restructuring practitioners on the French market, who is regularly recognized by her peers as a rising star.

Anne-Sophie has acquired an extensive experience in restructuring matters in the context of distressed LBO transactions, French and cross-border safeguard and reorganization insolvency proceedings, the outcome of which is either a business sale plan or a rescheduling plan and liquidation proceedings.

She has also acquired very good knowledge of the main corporate tools to restructure a debtor company or to set up a management package in connection with distressed LBO transactions. She has advised distressed funds and corporate clients on taking over distressed French companies in the context of either a share deal or an asset deal, Anne-Sophie is also extremely familiar with complex financing documentation.

Anne-Sophie embodies the rise of a new generation of leading lawyers.

Legal 500 called her “one of the best lawyers in her generation.”

Over the last three years, she has been involved in a significant number of major restructuring matters in France: CGG, Bourbon, SoLocal Group, Necotrans, Ascoval, Presstalis, Camaïeu & Sonia Rykiel.

She is a member of the Association du Retournement des Entreprises (ARE) and Insol Europe.

She became a member of the International Insolvency Institute in February 2018.

Anne- Sophie is part of the Women in Restructuring Network.

She has contributed to various publications.

In June 2019, she was a panelist on “The Recognition and Enforcement of Insolvency Related Judgments” at the 19th Annual III Conference Barcelona.