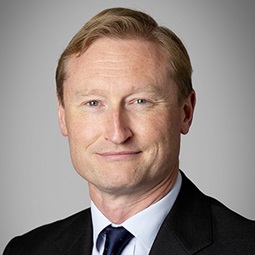 Mark Lawford is a Restructuring partner in London.

Mark has been recognised across all leading legal directories. He is recognised as a ‘Leading Individual’ for Corporate Restructuring & Insolvency in Legal 500 UK, and has been described by sources in Chambers UK as “one of the most able and intelligent solicitors I have ever worked with”, “brilliant - extremely thoughtful, exceptionally hard-working and resourceful. He thinks about every contour and nuance of the argument", and a practitioner with a “first-class legal brain, and a superb team player”. He is particularly noted for his expert handling of insolvency litigation. Mark was selected for inclusion in the inaugural Lawdragon 500 Leading Global Bankruptcy & Restructuring Lawyers, 2020. He is also recognised as a ‘Leading Lawyer – Highly Regarded’ by IFLR 1000 UK. Mark is praised as a “Thought Leader – Restructuring and Insolvency” and a “Global Leader - Restructuring and Insolvency” by Who’s Who Legal 2020. He was also named in the 2016 edition of Global Restructuring Review’s 40 Under 40 and the 2015 edition of Financial News’ 40 Under 40 Rising Stars of the Financial Legal Profession.

Mark is a member of R3’s General Technical Committee, the editorial board of Global Restructuring Review, the International Insolvency Institute (III), the Insolvency Lawyers’ Association and INSOL.