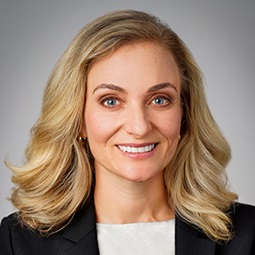 Ronit J. Berkovich is a partner in Weil’s Restructuring Department. Ronit represents debtors, creditors, lenders, investors, and asset purchasers in all aspects of distressed situations. She has served as debtors’ counsel in several of the largest and most significant chapter 11 cases in history, including General Motors, Lehman Brothers, WorldCom/MCI, and Takata. She also has extensive experience representing large and mid-market companies in out-of-court workouts, international restructurings, and prepackaged chapter 11 cases in a variety of industries and has provided advisory services to Fortune 500 companies and other companies on corporate structuring strategies. She has substantial expertise on restructuring strategies for managing litigation claims, including mass torts and government claims, and has recently developed deep knowledge of insolvency laws as applied to cryptocurrency companies.

Ronit actively lectures on various topics relating to restructuring, including for organizations such as PLI, Bloomberg Law, the American Bar Association, the American Bankruptcy Institute, the Association of Insolvency & Restructuring Advisors, the New York City Bar Association, and Columbia Law School. She is the co-editor of the Weil Bankruptcy Blog and has written extensively on restructuring-related topics, including articles published in The Banking Law Journal, The American University Law Review, Real Estate Finance, and the Harvard Law School Bankruptcy Roundtable. Previously, she taught legal research and writing at Harvard Law School for two years and a seminar in economics at Harvard College.

Ronit has received several prestigious awards and recognitions for her work. Most recently, in 2022 Ronit was recognized as a “Northeast Trailblazer” by The American Lawyer. She was named “Highly Regarded” for Restructuring and Insolvency in the U.S. by IFLR1000 (2021 and 2022) and was previously named a “Rising Star” for Restructuring and Insolvency in the U.S. by IFLR1000 (2019 and 2020). She was also named among the 500 Leading Global Bankruptcy & Restructuring Lawyers by Lawdragon (2020 and 2022). In 2021 she was named among Notable Women in Law by Crain’s New York Business and named among “Women in Business Law Guide” by Legal Media Group’s Expert Guides (2020-2022). She was awarded 2019 Dealmaker of the Year by The American Lawyer for her work as counsel to Takata in its global restructuring and $1.6 billion asset sale to Key Safety. She was named an “Outstanding Restructuring Lawyer” by Turnarounds & Workouts (2019) and was previously named as one of its Outstanding Young Restructuring Lawyers on multiple occasions. In 2018 Ronit was named an MVP for Bankruptcy by Law360. In 2015 she was named a “Rising Star” in Bankruptcy by Law360 and named among the “Top Women” for Creditor Debtor Rights in New York by Super Lawyers.

Ronit serves as co-Chair of Women@Weil in New York, on TOWER (Taskforce on Women’s Engagement and Retention), and on Weil’s Hiring Committee. Ronit received a mentoring award from the firm in 2022. She is a member of the National Bankruptcy Conference, a non-profit, non-partisan, self-supporting, invitation-only organization of approximately sixty lawyers, law professors and bankruptcy judges who are leading scholars and practitioners in the field of bankruptcy law, the primary purpose of which is to advise Congress on the operation of bankruptcy and related laws and any proposed changes to those laws. She is also active in her community. Among other things, she is a member of its Lawyers Executive Committee and Bankruptcy and Reorganization Group of the UJA Federation of New York and co-chaired its Next Generation Bankruptcy and Reorganization Group for several years. In 2013 she received the James H. Fogelson Emerging Leadership Award from the UJA Federation of New York. 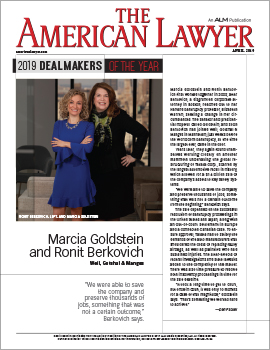