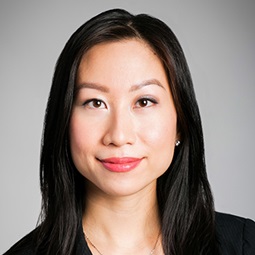 Jessica Liou is a partner in the Firm’s Restructuring Department. Jessica represents and advises debtors, creditors, equity holders, investors, and other interested parties in all aspects of distressed and insolvency situations. She has advised debtors, creditors and sponsors in various industries, including cryptocurrency, power, oil & gas, renewable energy, manufacturing, hospitality, retail and telecommunications.

Jessica has received several awards and recognitions for her work.  She was recently named “Rising Star” for Restructuring and Insolvency in the U.S. by IFLR1000 for 2022.  In 2021, Jessica was recognized for her accomplishments leading the landmark chapter 11 restructuring of PG&E Corporation, named “Mega Company Turnaround/Transaction of the Year” by Turnaround Management Association. In 2020, Jessica was named a “Rising Star” in Bankruptcy by Law360. In 2019, Jessica was the recipient of several awards, including being named one of the American Bankruptcy Institute’s 40 Under 40 honorees, Turnarounds & Workouts’ Outstanding Young Restructuring Lawyers and named an “Emerging Leader” by The M&A Advisor.

Jessica serves on the Firm’s task force focused on the cryptocurrency industry and has previously served on the Firm’s task force focused on Dodd-Frank financial legislation and as a co-chair of the Bankruptcy and Restructuring Committee of the Asian American Bar Association of New York.  She practices pro bono in the areas of immigration, family law and criminal appeals, and has successfully argued before the New York State Appellate Division to uphold an order of protection and was part of a team that successfully overturned a death penalty conviction for a mentally impaired defendant after 19 years. She has been recognized for her pro bono contributions by Sanctuary for Families Center for Battered Women’s Legal Services as a recipient of its 2012 Pro Bono Achievement Award.  Jessica earned her J.D. from Boston College Law School, where she served as a legal writing teaching assistant and articles editor of the Third World Law Journal and was awarded the inaugural Commitment to Change Award. She obtained her B.A. from New York University, where she graduated magna cum laude and was awarded the Albert Gallatin Scholarship and Founder’s Day Award.