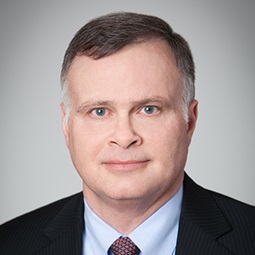 Konrad Cailteux is a partner in Weil, Gotshal & Manges LLP’s New York office, where he specializes in defending US and foreign corporations in product liability actions, mass tort matters, class actions and other complex litigation, in both trial courts and appellate courts.

Among Konrad’s more notable recent cases is Zeppetella v. Second Chance Body Armor & Toyobo Co., Ltd., a highly-publicized wrongful death case involving a police officer who was killed in the line of duty when his bullet-resistant vest was allegedly penetrated by an assailant’s bullet. Defending Toyobo Co., Ltd., the manufacturer of the fiber used to manufacture the ballistic fabric in the bullet-resistant vest, against defective product claims and other allegations, Konrad and the Weil trial team convinced the jury to return an extremely favorable verdict for Toyobo, including no finding of a product defect. In the high profile silicone gel breast implant litigation, Konrad defended 3M Corporation against claims that 3M should be liable for injuries caused by breast implants manufactured by the successor company to 3M’s breast implant business. Konrad and the Weil team’s strategy of limited and focused discovery, followed by early summary judgment motions, resulted in seven consecutive summary judgment wins for 3M in cases across the country, which effectively ended those types of cases against 3M.

Konrad received his law degree from Hofstra University School of Law, where he was managing editor of the law review, and is a graduate of the United States Military Academy. Prior to attending law school Konrad served in the United States Army for five years, reaching the rank of Captain.