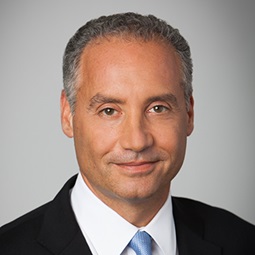 Edward is widely recognized as a top litigator and a thought leader in the patent field. In 2022, he was named as one of just five nationwide Trials MVPs by Law360, which also recognized him as a Life Sciences MVP in 2019. He was also named “General Patent Litigator of the Year – California” by LMG Life Sciences, after being shortlisted for that award in 2018 and 2019, and was recognized among the “Top IP Lawyers in California for the second year in a row by the Daily Journal, which also named him among the “Top IP Lawyers” in the state, an honor he has received numerous times since 2008. He was named a Life Sciences “Trailblazer” by the National Law Journal in 2020, which also named him an Intellectual Property “Trailblazer” in 2018. He has been named a California “Trailblazer” by The Recorder (2019), and was shortlisted in the category “Outstanding Litigator: California” by Managing Intellectual Property (2020), which has long recognized him as a "Patent Star" in California and called him an “appellate expert” and “one of the best.” For many years, LMG has ranked him as a “Life Science Star,” with marketplace commentators referring to him as “smart,” “aggressive,” and a “very good overall strategic thinker.”

He also has been recognized twice by The American Lawyer in its “Litigator of the Week” feature, including in 2016 for making a “rare and powerful case for the unusual remedy of a preliminary injunction” for client Illumina in a high-stakes patent infringement dispute, and most recently in 2019 for “shut[ting] down [a] nationwide patent attack against HP” and its customers in an “exceptional case” where he prevailed on summary judgment and persuaded the court to award attorneys’ fees. Additionally, Edward is ranked in Chambers USA as one of the top Life Sciences and Patent practitioners in California and nationally, where clients praise his ability to “think ten steps ahead of his adversaries” and note “he is a very quick study and delivers top-grade service.” He is ranked as a leading lawyer in Chambers Global in the area of Intellectual Property: Patent, where clients note that he is a “master strategist” who “thinks quickly on his feet and is a big-picture thinker.” Edward also is recognized by The Legal 500 US in the areas of Appellate and Patent Litigation: Full Coverage, and by Benchmark Litigation as a “National Star” and “Local Litigation Star” for Intellectual Property. He is named among the IAM Global Leaders, The World’s Leading Patent Professionals for Patent Litigation in California, as well as one of the top 35 practitioners before the Federal Circuit, by IAM Patent 1000, with sources commenting that he is “an aggressive advocate and worthy adversary,” and “he simply gets good results and that is why he gets hired for big cases.”

Among his public service commitments, Edward is Past-President of the Federal Circuit Bar Association and Past-President of the Federal Bar Association’s Northern District of California Chapter, and he teaches patent litigation at Berkeley Law School. Edward is dedicated to supporting disabled veterans rights via pro bono advocacy, and he recently joined the Board of Directors of Grateful Guitars, a non-profit that donates guitars – modeled on those used by legendary jam band musicians such as Jerry Garcia – to up-and-coming and struggling musicians. 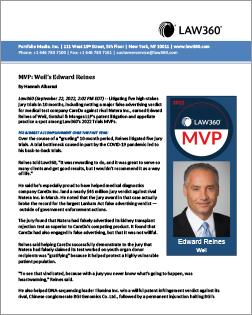