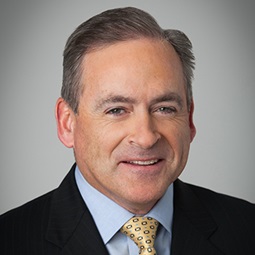 John B. O’Loughlin, Jr. is counsel in Weil’s Corporate Department and is based in Washington, D.C. His practice is devoted to product safety and environmental law.

Mr. O’Loughlin advises clients on a wide range of administrative and regulatory compliance matters, with a particular focus on health and safety issues. He represents corporations in administrative proceedings before regulatory agencies such as the Food and Drug Administration (FDA), the Consumer Product Safety Commission (CPSC), the Environmental Protection Agency (EPA), the Occupational Safety and Health Administration (OSHA) and the Nuclear Regulatory Commission (NRC). He also counsels clients on how to minimize and allocate risks in mergers, acquisitions and financing transactions.

Mr. O’Loughlin was educated at Towson University and Richmond University in London. He holds an M.A. from Boston University’s international relations program in Brussels and a J.D. from the University of Maryland School of Law, where he was a member of the moot court board and served as Associate Editor of the Maryland Law Review. Prior to becoming a lawyer, Mr. O’Loughlin was a national security consultant for the Department of Defense and the Department of Energy.

Mr. O’Loughlin is recommended for Environment: Transactional by Legal 500 US.