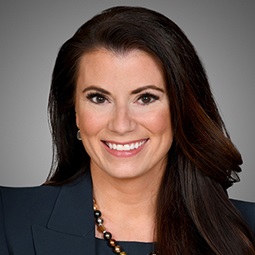 Liz Ryan is a partner in Weil’s Complex Commercial Litigation practice. An experienced first-chair trial lawyer, Liz represents clients in complex, high-stakes business disputes, including breach of contract, fraud, tort, non-compete and trade secrets, and defamation cases, in state and federal courts, as well as in arbitration proceedings. She has an excellent track record counseling and navigating companies through disputes and achieving business-oriented resolutions.

Liz is regularly recognized for her work by leading national business and legal publications. In 2022, she was honored by Texas Lawyer among the 27 Texas attorneys “On the Rise,” which honors the top attorneys under 40. Liz was named to Benchmark Litigation’s “Under 40 Hot List” from 2017 – 2023, and heralded as a Texas “Super Lawyer – Rising Star”** in business litigation from 2014 – 2017. In both 2018 and 2019, Liz was recognized as one of the top female attorneys in Texas by the National Diversity Council.

Liz is actively involved in a number of legal and community organizations. She is a member of the International Association of Defense Counsel, an invitation-only, peer-reviewed organization whose members are distinguished law firm partners, in-house counsel, and insurance executives. Liz is also a Barrister in the Barbara M.G. Lynn Inn of Court and was an inaugural member of the Dallas Bar Association’s WE LEAD program. She also serves on the Women of Tocqueville’s Steering Committee for the United Way of Metropolitan Dallas.

Prior to joining Weil, Liz was a partner at a boutique commercial litigation firm based in Dallas.

View Am Law Q&A with Chantale Fiebig and Liz Ryan