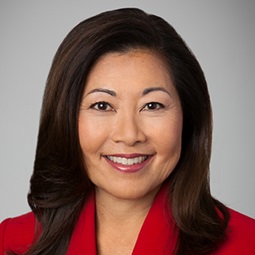 Karen Ballack is an intellectual property transactional attorney with emphasis on representing technology companies, particularly in the computer (hardware and software), Internet, semiconductor, biotechnology, pharmaceutical and medical device industries. Karen is also a member of the Firm’s Privacy & Cybersecurity group.

Karen is actively involved with the Firm’s diversity and pro bono efforts. She is also Co-Chair of the Firm’s Philanthropic Committee and Co-Chair of the Weil Legal Innovators Program Steering Committee. Karen handles pro bono work for, and serves on the Board of Directors of The Progeria Research Foundation. She has been for several years, Co-Chair of Legal Aid Society of San Mateo County’s annual awards event (its largest annual fundraiser).

Karen is widely recognized in the industry. Among her recent accolades, she was shortlisted in the “Best in Technology” category for Euromoney Legal Media Group’s Americas Women in Business Law Awards for 2020, named among “The World’s Leading IP Strategists” by IAM Strategy 300 2017-2020 and among the “Top 250 Women in IP 2017” by Managing Intellectual Property. The Recorder named Karen a “Trusted Advisor” for technology transactions in 2016 and 2017. She was named by The Silicon Valley Business Journal as one of Silicon Valley’s 2015 Women of Influence.  was named to the Daily Journal’s 2017 list of “Top 100 Lawyers in California”. She was also named to the Daily Journal’s 2014 - 2016 lists of Top Women Lawyers in California, with the publication noting “When Weil represents major technology giants in high-value corporate transactions, the firm calls on Ballack to handle the complex intellectual property aspects of the deals.” She has also been included in The Recorder’s 2013, 2015 – 2017 lists of Women Leaders in Technology Law, which recognizes women lawyers who have demonstrated leadership and expertise in solving the most pressing legal concerns in the technology sector. She has been ranked by Chambers USA 2010-2020 as a leader in California in the field of IT & IT Outsourcing. Sources in Chambers USA 2015 describe Karen as having the ability to “cut through and find areas of compromise” in major M&A deals and as being “a superb drafter and negotiator”. She has been recommended by The Legal 500 US 2010-2020 in the field of Intellectual Property, Patent Licensing, and has also been named an “IP Star” by Managing Intellectual Property IP Stars 2013-2020. Karen has also been named to the 2017 and 2018 Lawdragon 500 Leading Lawyers lists. In addition, Karen is included in IAM Licensing 250’s “World’s Leading Patent & Technology Licensing Lawyers,” IAM Patent 1000’s “Global Leader Guide” and IAM Patent 1000’s “World’s Leading Patent Practitioners.”