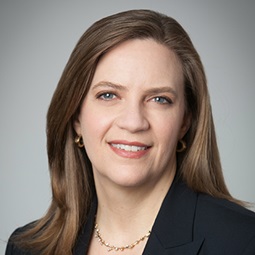 Anne M. Cappella is a partner in Weil’s Silicon Valley office, where she focuses on patent counseling and litigation involving complex and cutting-edge technologies.

Clients also call on Anne to oversee and lead the most technical aspects of patent litigations, including performing technical analysis to ensure solid claim construction, infringement, and validity arguments; overseeing technical experts and interacting with company engineers; and managing post-grant strategy and proceedings. Anne has extensive experience representing clients in high-stakes multi-patent and multi-district litigations, as well as trade secret actions. She litigates in federal courts and arbitration proceedings, and has particularly deep experience before the U.S. International Trade Commission.

Anne uses her strong technical background, including a B.S. in electrical engineering with minors in computer science and mathematics and prior work experience as an engineer and consultant for IBM, to advise clients on a diverse range of technology. She has represented smartphone manufacturers and wireless carriers in proceedings involving data encoding, memory, multi-touch, WiFi, GPS, data synchronization, 3G/LTE cellular data modulation, and digital camera technologies. She also has represented other technology-focused clients in proceedings involving wireless, integrated circuit design, memory, Ethernet and DSL technology, and semiconductor processing and packaging. Some of Anne’s representative clients include leading smartphone manufacturers, Microsoft, Intel, Amkor, and T-Mobile, among others.

Anne is widely regarded as a leader in the field. In 2020 and 2021, she was shortlisted for Euromoney’s Women in Business Law Awards in the national “Best in Patents” category, and named a California “Patent Star” by Managing Intellectual Property’s IP Stars publication. She was also named among the leading patent lawyers in California by IAM Patent 1000, which remarked that she “shines for her technical and trial aptitude,” and honored as one of just 52 California Trailblazers by The Recorder, which noted that “the smartphone in your pocket might not be the same if not for Anne Cappella.” Previously she was twice named to the Daily Journal’s list of the Top Women Lawyers in California which recognizes the 100 most accomplished women lawyers in the state, and noted that “Cappella uses her background as an electrical engineer and a love for complicated technology to help her clients fend off patent infringement claims.” Anne has also been recognized as a recommended lawyer for patent litigation by Legal 500, included in The Recorder’s list of the top Women Leaders in Law, and named a “2016 Women of Influence” by the Silicon Valley Business Journal.

Anne is actively involved in a number of initiatives aimed at bettering the careers of women lawyers. She is a member of the Firm’s global Women@Weil leadership board, a Firm affinity group that focuses on supporting women lawyers. Anne also is a formal mentor to several senior women associates, and a regular participant in women law student and engineer mentoring programs.