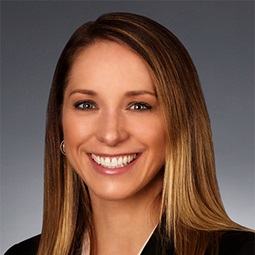 Jennifer Brooks Crozier is counsel in Weil’s Complex Commercial Litigation practice. She has significant experience litigating a broad variety of disputes in state and federal courts around the U.S., including the defense of breach of contract, fraud, business tort, unfair business practice, products liability, drug and medical device, and antitrust claims, as well as securities and consumer class actions.

Jennifer has participated in every phase of complex litigation, including at trial and in arbitration, on behalf of clients in the medical devices, pharmaceutical, financial services, investments, semiconductor manufacturing, and energy sectors, as well as on behalf of debtors and stakeholders in contested litigation matters in corporate restructurings. She has played a lead role in conducting and preparing for depositions, preparing expert witnesses, drafting and arguing summary judgment, Daubert, and other motions, and managing trial teams. Some of her recent notable experience includes serving on Weil teams that:

Jennifer earned her J.D., with high honors, from the University of Connecticut School of Law, where she was an articles editor of the Connecticut Law Review, a member of the Connecticut Moot Court Board, and a semifinalist in the Alva P. Loiselle Moot Court Competition. While in law school, Jennifer received four CALI Awards for academic excellence in individual courses and the Thomson Reuters Book Award for excellence in the study of health law. Jennifer maintains an active pro bono practice, in which she partners with organizations such as the International Refugee Assistance Project to provide legal services to refugees and displaced persons. She is also a member of Weil’s women’s affinity group, Women@Weil, and participates in a number of internal firm mentoring initiatives.

Before joining Weil, Jennifer worked as an associate at two national law firms, and prior to attending law school, taught Upper School English and history at the Hockaday School in Dallas, Texas.