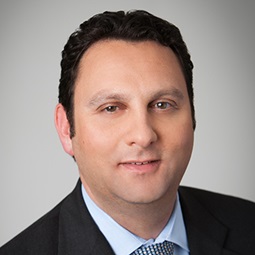 Jared Friedmann is a partner in Weil’s Complex Commercial Litigation and Intellectual Property & Media practice groups, where he focuses on high-profile commercial, intellectual property, bankruptcy, and employment disputes, including class actions. Jared has been honored as a “Rising Star” by the New York Law Journal, named to Benchmark Litigation’s “Under 40 Hotlist,” which noted he “excels at commercial litigation,” and recognized as a recommended lawyer by Legal 500.

Jared has extensive experience in all phases of litigation in state and federal courts around the country, as well as in arbitration proceedings.

Jared is the Chair of Weil’s Hiring Committee and a member of the Firm’s Diversity and Pro Bono Committees. He has received numerous awards for his pro bono work, which has focused on helping disadvantaged children with special needs. Jared is a member and prior co-chair of New York Lawyers for the Public Interest’s Pro Bono Advisory Council and serves on the Executive Board of Temple Beth Sholom in Roslyn, New York.

Jared received his B.S. from Cornell University, School of Industrial & Labor Relations. He received his J.D. from Columbia Law School where he was a Harlan Fiske Stone Scholar and a Senior Editor of the Columbia Law Review.

From 2004-2005, Jared clerked for the Honorable Colleen McMahon in the Southern District of New York.