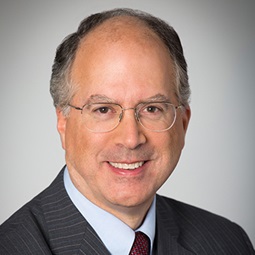 Stuart Goldring is a partner in Weil’s Tax Department and is based in New York. Stuart is a nationally recognized authority on federal income tax matters involving financially troubled companies. He has extensive experience in advising debtors, creditors, potential acquirers and investors in troubled companies, both within and outside of the bankruptcy context. Stuart also regularly advises on the structuring of acquisitions, dispositions and other transactions involving corporations and multi-corporate groups.

Stuart authors the treatise Tax Planning for Troubled Corporations (Wolters Kluwer, CCH). In addition, he has published numerous articles dealing with the tax issues relating to financially troubled companies and lectures widely on these topics. Stuart is an adjunct professor at New York University School of Law teaching a course on bankruptcy tax, and is a member of the BloombergBNA Corporate Tax Advisory Board. He is a frequent presenter on bankruptcy and restructuring tax issues including PLI’s highly regarded tax program, “Corporate Tax Strategies.”

Stuart is ranked Band 1 for Tax: Corporate in the U.S. by Chambers Global and Band 1 for Tax in New York by Chambers USA, where he has been described as “legendary in the bankruptcy space,” “a guru” and “a formidable tax lawyer,” who “has an excellent relationship with his clients and his colleagues.” Stuart is listed in the “Hall of Fame” for U.S. Taxes: Non-Contentious by Legal 500 US. He is recognized in Who’s Who Legal: The International Who’s Who of Corporate Tax, which has described him as “legendary,” as a “Bankruptcy Tax Specialist” by Turnarounds & Workouts magazine and as a “Tax Leading Advisor” in New York by International Tax Review’s World Tax. Stuart is also recognized by Best Lawyers in America and Super Lawyers and has been named among New York’s Top Rated Lawyers in Taxation Law.