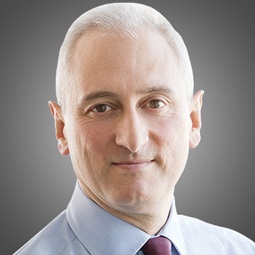 He is consistently recognised as a premier private equity lawyer with a distinguished reputation as the go-to adviser for private equity clients on their complex, high-value and cross-border matters across the deal spectrum. Marco was recently included in Financial News’ FN50 Most Influential List 2020 of private equity’s top dealmakers, fundraisers and advisers in Europe. He was ranked as one of Europe’s top 10 busiest private equity lawyers in 2019.

Described as “the absolute apex corporate lawyer in London” by clients, Marco is ranked in Band 1 by Chambers UK 2020, in the ‘Hall of Fame’ in Legal 500 UK 2021, and as a ‘Market Leader’ in IFLR1000 UK 2021 for Private Equity. In Legal 500 clients state that Marco “is quite extraordinary in uniting great knowledge and technical ability with an ability to deliver results at great speed. He can plot a course that enables a deal to complete where more conventional lawyers would fail’, with others commenting that Marco “is truly a counsellor and not just an executing lawyer. Go to Marco when you need the best and when the stakes are high: he will deliver when everyone else has failed”. Chambers notes that Marco “practises at the top rung of the market and is acclaimed for the quality of his transactional expertise” and that he “combines technical ability with a laser focus on the client's concerns. He has the priceless ability to make things happen when other people are stuck”.

Recently, Marco has led his team to win “Private Equity Team of the Year” at the Legal Business Awards 2020