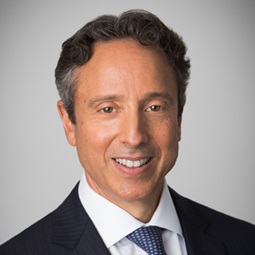 Jonathan D. Polkes is Co-Chair of Weil’s global Litigation Department and a member of the Firm’s Management Committee. Jonathan is a former federal prosecutor, a first-chair trial lawyer, and an American Lawyer 2021 “Litigator of the Year” winner who litigates significant, “bet-the-company” securities, corporate, white collar, and other disputes, supervises government and regulatory investigations, and counsels boards, directors, and senior executives on sensitive internal investigations and corporate governance matters.

Jonathan for many years has been recognized as one of the top litigators in the United States. Law360 has three times named him a nationwide Securities Litigation MVP, and Benchmark Litigation has recognized Jonathan as one of the Top 100 Trial Lawyers in America every year since 2018, while selecting him as “Litigator of the Year” for White Collar Crime, Enforcement, and Investigations in 2018 and 2019, and for Securities Litigation in 2022. In the 2023 edition of Best Lawyers in America, Jonathan was recognized as Lawyer of the Year for Securities Litigation. In May 2020, The AmLaw Litigation Daily named him “Litigator of the Week” for winning a high-stakes victory for Carlyle Group in a deal dispute the press called the “seminal legal case” of its time. In 2016, National Law Journal honored him as a Litigation Trailblazer, and in 2013, Ethisphere selected him as one of just three securities litigators nationwide on its distinctive “Attorneys Who Matter” list. He also is regularly named as a leading securities and white collar lawyer by national publications such as Chambers USA, Legal 500, and Benchmark Litigation, in which clients and other practitioners have referred to him as a “world-class litigator,” “an extremely gifted trial lawyer,” “the go-to person on the hardest issues,” a “seasoned criminal trial attorney with enviable experience” with “impeccable judgment” and an “incredible presence in the courtroom” known for achieving “great results in complex securities regulatory investigations and related class actions.”

For more than 30 years, Jonathan has worked at the cutting edge of litigation and enforcement trends, including during his tenure as Deputy Chief of the Business and Securities Fraud Unit of the U.S. Attorney’s Office for the Eastern District of New York. His significant engagements have chronicled many significant global crises and developments that have impacted the business world. For example, he presently serves as global lead investigations, regulatory, and arbitration counsel to BTG Pactual in connection with a multi-jurisdictional, three-year investigation into allegations of money laundering, corruption, and theft at a Swiss bank arising out of the global FIFA and 1MDB corruption scandals. He also currently represents MBIA, the largest bond insurer, in connection with multi-billion dollar litigation arising out of the Puerto Rico debt crisis. Recently, Jonathan engineered a novel settlement for Willis Group that resolved high-profile investigations and shareholder litigation arising out of the Stanford Financial fraud. Earlier, he was the principal architect of comprehensive strategies for AIG, Washington Mutual, and Lehman Brothers that successfully guided them through U.S. and foreign criminal and civil investigations into their front-seat roles to the financial crisis. Additionally, Jonathan has resolved significant, multi-billion dollar disputes arising out of some of the largest leveraged buy-outs of all time. For example, in January 2019, on behalf of Morgan Stanley and other financial advisor defendants, Jonathan secured the dismissal of a $4 billion litigation in the S.D.N.Y. arising out of the Tribune Co. LBO and subsequent bankruptcy. In December 2018, he won an appeal before the Tenth Circuit upholding the summary judgment dismissal of all remaining claims brought against Archstone, Lehman Brothers, and many other parties in another $4 billion litigation arising out of the $22 billion purchase of Archstone by Lehman Brothers, Tishman-Speyer, Equity Residential, and other entities – which occurred on the eve of the 2008 financial crisis. Jonathan’s other regular clients include First Data Corp., Pilgrim’s Pride, Sherwin-Williams, and Walgreens Boots Alliance.

Some of his other recent notable engagements include:

Jonathan is regularly invited to speak at the Securities Industry and Financial Markets Association, American Bar Association, and Futures Industry Association, as well as Yale Law School and New York University School of Law. Earlier in his career, he was also an adjunct associate professor at Fordham University School of Law, where he taught seminars covering trial advocacy and the Federal Rules of Evidence. Jonathan was a member of the Board of Contributing Editors and Advisors of the Securities Regulation Law Journal, and served as co-chairman of the ABA subcommittee on Criminal Aspects of The Securities Laws. He has received the Burton Award for clarity in legal writing.

Jonathan was an Assistant U.S. Attorney in the Eastern District of New York, where he was Deputy Chief of the Business/Securities Fraud Unit. He conducted more than 20 jury trials and argued 12 times before the United States Court of Appeals. He received two Superior Performance Awards from the Department of Justice and numerous commendations of the FBI, the Postal Inspection Service and the Secret Service.

Jonathan serves on the Board of Directors of the Make-A-Wish Foundation and of Advocates for Children of New York, and as a Vice Chairman of the Executive Committee of the Lawyers Division of the UJA Federation of New York. He also is a Trustee of the Federal Bar Foundation. 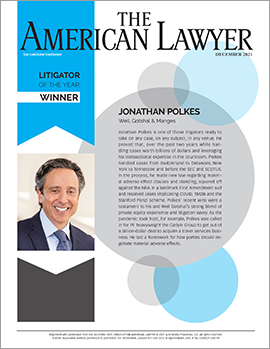 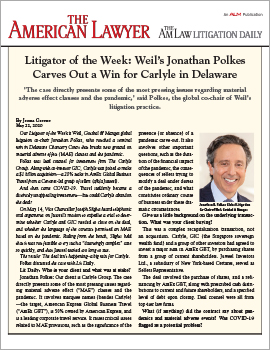