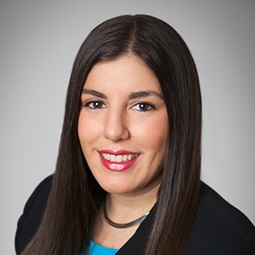 Recently, Jessica secured a total summary judgment victory for American International Group, Inc. in the U.S. District Court for the Eastern District of Missouri, defeating plaintiff A.I.G. Agency’s trademark infringement lawsuit asserting damages worth in excess of $1 billion. She earlier served as trial counsel on behalf of Nuance Communications, Inc. in obtaining a $6.5 million judgment for breach of contract for failure to pay annual minimum revenue commitments, defeating a counterclaim that the breach was purportedly justified. Jessica was also a member of a trial team that secured a complete victory for a major energy corporation on fraud and breach of contract claims seeking $1 billion in damages arising from the construction of a clean coal energy plant. She also served on the team that represented Houghton Mifflin Harcourt Publishing Co. (HMH) in an arbitration arising out of the sale of its college textbook business whereby the arbitrator ruled entirely in HMH’s favor.

Jessica has also played leading roles on Weil teams that have successfully represented clients in high-profile and landmark intellectual property cases, including obtaining a number of victories in multiple jurisdictions for The Walt Disney Company and Marvel Comics in significant copyright ownership cases involving iconic Marvel characters such as The Avengers, Spider-Man, Iron Man, The Fantastic Four, The Incredible Hulk, and Thor.

Jessica is frequently recognized for her pro bono work and has represented pro bono clients in asylum proceedings and New York City Housing Authority proceedings. She was the recipient of the Lawyers Alliance for New York’s 2016 Cornerstone Award in connection with her work on two successful cases appealing New York government agencies’ failure to provide documents in response to Freedom of Information Law requests. She is also actively involved in mentoring and diversity initiatives at the Firm and serves as a member of the New York Women@Weil Planning Committee.

In 2021, Jessica was named a national “Rising Star” for Intellectual Property by Law360 and to Benchmark Litigation’s “40 & Under Hot List,” and, in 2020, she was honored as the national winner of the “Rising Star in IP” Award at the Euromoney Legal Media Group’s Americas Women in Business Law Awards. She is currently recognized as a leading trademark litigation lawyer by World Trademark Review’s WTR1000, which calls her a “smart, diligent, proactive and personable lawyer” who is an “amazing partner to clients” with a “leadership style that engenders loyalty.” For two consecutive years, Jessica also has been named a recommended lawyer nationwide by Legal 500, including for General Commercial Disputes, Copyright, Trademarks: Litigation, and Media & Entertainment: Litigation.