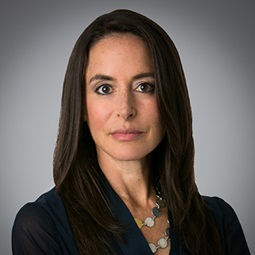 Elizabeth (“Liz”) Stotland Weiswasser is Co-Chair of Weil’s global Litigation Department, Co-Head of the Firm's nationwide Patent Litigation practice and its Life Sciences practice, and a member of the Firm’s Management Committee. She has been litigating patent cases in the biological and pharmaceutical spaces for more than two decades.

Liz is lead counsel on behalf of some of the most sophisticated pharmaceutical, biotechnology, and medical device companies in the world, both in federal courts and in inter partes and post-grant review proceedings before U.S. Patent Office. She has led patent cases across the full range of biopharma technologies, including biologics, small molecules, formulation, and drug delivery. Liz’s experience, along with her deep training in molecular biology and biochemistry, has made her a highly sought-after litigator and counselor in the life sciences space. Liz is a former law clerk to Judge Lourie on the U.S. Court of Appeals for the Federal Circuit and licensed before the U.S. Patent Office, where she was recognized as one of the top inter partes review practitioners in 2018 by Managing Intellectual Property, and as one of the inaugural “Top 50 Women in PTAB Trials” by the PTAB Bar Association in 2019.

Liz has received wide recognition from clients, her peers, and the broader life sciences industry as a leader in the life sciences and patent litigation fields, and particularly as one of the top women in the profession. Her many accolades, driven by market and client feedback, include:

Throughout her career, Liz has been and continues to be a leader and widely-respected colleague and mentor on her teams at Weil, in her community, and in the legal and academic fields more broadly. She regularly speaks on life sciences topics and served as an Adjunct Professor of Law at New York University Law School, where she taught Biotechnology/Life Sciences Patent Law for seven years.

Liz also is a leader in public service and in her community. She has been honored for her pro bono work by the Legal Aid Society and Westchester Residential Opportunities, for which her team received the Harriett Goldberg Fair Housing Award. She recently completed a term on the Dean’s Visiting Committee of The University of Chicago Law School, and has previously served on the boards of Montclair Kimberley Academy and The Epilepsy Foundation.

From 1992 to 1994, Liz served as law clerk to the Honorable Alan D. Lourie, Circuit Judge of the United States Court of Appeals for the Federal Circuit.