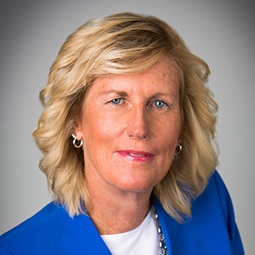 Diane is a nationally recognized trial attorney who serves on the Firm’s Management Committee. Chambers USA ranks her in the “Star” category as one of the top five trial lawyers in the country. The American Lawyer has featured Diane in its “Litigator of the Year” edition, noting she “isn’t a hired gun; she’s more like a hired bazooka repeatedly parachuting into high-stakes cases leading up to trial and securing victories.”

In three different years, The National Law Journal featured Diane’s jury verdicts in its annual series: “Winning: Successful Strategies from the Nation’s Top Litigators,” which highlights significant trial wins by the nation’s top trial lawyers. The same publication highlighted her jury verdicts as among the “Top Verdicts of the Year” in seven different years. Chambers describes her as “a trial powerhouse” and “a renowned courtroom presence, equally adept at handling the full range of complex commercial cases, mass torts and class actions.” Clients note “she is a fantastic and fearless trial lawyer at the top of her game.” “She is a visionary, very bold and proactive, focusing on delivering for her clients.” “A consummate trial lawyer – there is nobody more focused on the jury than Diane.” “She has a mastery of the courtroom.” Clients noted she is an “absolutely sterling, extraordinary trial lawyer,” “fantastic,” “a top choice in bet-the-company litigation,” and “one of the best I’ve ever seen.” “She controls a courtroom and is scared of nothing and no one.” Clients further advised: “She is a first class trial lawyer in every way,” “a natural on her feet,” “a real weapon at trial,” and “one of the best trial lawyers in the country.” “She is one of the best trial lawyers out there; we go to her with our most important work.” With experience across a range of industries, she is praised as “a truly tremendous trial lawyer” and “a superstar litigator” who “keeps on winning ‘nationally significant cases’ in jurisdictions throughout the country.” Clients remarked: “Her trial presence is unmatchable,” and “she was just wonderful – a powerful presence who boils down complex issues in a way that can be readily communicated to a jury.” Chambers also stated: “She’s rightly named a top lawyer – she handles some of the toughest cases.” Clients praised her “remarkable talent,” “amazing cross-examinations,” and “fantastic ability to build up a narrative and connect with juries in an honest way.” They also noted that she “gets great results” and is “fearless, excellent, and as zealous an advocate as there is in the Bar.” In 2021, Courtroom View Network listed her among its “Trial Powerhouse Pros,” recognizing the ten most effective civil jury trial lawyers in the country.

Diane was also named a “Lawdragon Legend” for being recognized as one of the 500 Leading Lawyers in America for ten years or more (now 15). Lawdragon noted “she has produced a batting average in jury trials in the Hall of Fame category” and described her as “one of the most feared trial lawyers in the nation.” The publication further stated: “In courts or arbitrations for corporate clients, she is as good as any advocate in the country.” Diane was named one of Law360’s “Trial Aces” recognizing the top trial attorneys in the country based on success in high-stakes trials, and as one of Law360’s Trial “MVPs” in the publication’s ranking of the five most valuable trial lawyers in the country based on significant trial victories. Diane was also selected as one of Law360’s Litigation “MVPs” for success in major litigation and has been repeatedly recognized as a Law360 “Legal Lion” for success in high profile litigations. Diane has also been named by Law360 as one of the most admired attorneys in the nation based on a survey of her peers and in-house counsel. A member of The Legal 500 “Hall of Fame” for lawyers at “the pinnacle of the profession,” the publication noted that she is “an absolute star,” “a terrific trial lawyer,” “a gifted trial lawyer in ‘big ticket, bet-the-company trials’ who regularly secures favorable verdicts in high-stakes matters.” She is rated by clients as “just a brilliant, brilliant trial lawyer.” She is “in a small class of bet-the-company trial lawyers.” Benchmark Litigation describes her as “one of the nation’s most iconic trial lawyers” and she received the prestigious Benchmark Litigation “Hall of Fame” award and is listed on Benchmark’s Top 100 Trial Lawyers list.

She has been featured for her trial victories on the front pages of The New York Times, The Wall Street Journal, and on the cover of The American Lawyer, among other publications. Diane has also been recognized by Lawyers Weekly USA, which named her one of the top 10 lawyers of the year, noting her trial performance “electrified the courtroom.” Diane was included in the Financial Times’ top 100 female champions in its “HERoes: Champions of Women in Business” ranking. The International Who’s Who references Diane for commendation by her peers as one of the most highly regarded practitioners in the field. Diane received the Euromoney Women in Business “Most Outstanding Practitioner” award, given to one lawyer each year for her contributions to the legal profession. Diane was also named one of the top 15 Female Trial Attorneys by Law360 for scoring “landmark victories” and “blazing trails.” She has been consistently recognized by Benchmark Litigation as a “Litigation Star” and as one of the Top Ten Women Litigators in the country. LMG Life Sciences Guide named Diane a “Life Science Star” and praised her as a “nationally revered trial lawyer who has routinely secured victories, often high stakes and precedent-setting, for a ‘Who’s Who’ list of clients.” LMG also awarded her “Trial Lawyer of the Year,” “Impact Case of the Year,” and “Product Liability Attorney of the Year” honors at its annual Life Sciences Awards.

Among Diane’s notable trial victories and representations are:

Diane also has an active pro bono practice. In February 2020 she negotiated a groundbreaking settlement with the New York City Housing Authority (NYCHA) in a class action lawsuit she commenced on behalf of domestic violence survivors challenging NYCHA’s administration of housing assistance in the wake of domestic abuse. The settlement, reported in Politico and other publications, remedies a system that deprived survivors’ due process rights and placed them in danger of eviction. As a result of Diane’s advocacy, domestic violence survivors now have the means of obtaining new housing vouchers in their names, safeguarding them against the loss of their homes.

Diane is a frequent author and speaker on topics relating to litigation and trial practice.