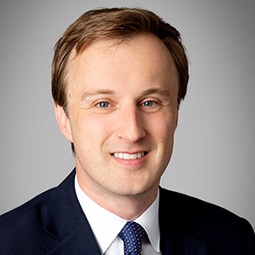 Chris Marks is a partner and solicitor advocate in the Firm’s London Disputes and Investigations practice and a member of the International Arbitration & Trade group.

Chris advises across the full spectrum of complex commercial disputes (including disputes before the English courts and under the rules of major international arbitral institutions), principally arising out of breaches of contract, fraud, shareholder/partnership issues and tax matters.

Chris has successfully represented clients across a wide range of industry sectors, but is particularly experienced at advising in relation to contested claims and financial disputes arising in the context of complex cross-border insolvencies and restructurings. He also frequently advises private equity investors and their portfolio companies in relation to contentious issues.

In addition to advising in connection with ongoing proceedings, Chris often advises clients in relation to pre-dispute strategy. He regularly acts for clients engaged in alternative methods of dispute resolution, including mediation and complex settlement discussions, and also advises in relation to internal and regulatory investigations.

Chris advises in relation to cross-border trade regulation and sanctions issues, especially in a transactional context, and previously spent time working in the sanctions compliance team of a major bank.

Representative matters include acting for: