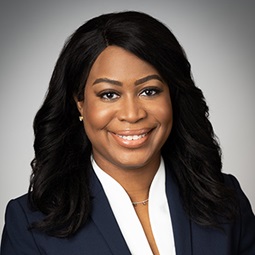 Candace Arthur is a partner in Weil’s Restructuring Department, where she advises debtors, creditors, equity holders, investors, and other interested parties in the context of out-of-court and in-court domestic and international corporate restructurings, liquidations and distressed financings and acquisitions.

Candace is also involved in pro bono matters, representing individuals in chapter 7 proceedings, advising not-for-profit organizations, and having conducted annual lectures on small businesses in distress on behalf of The Legal Aid Society. Most recently, in 2022 Candace was named a “Rising Star” for Restructuring and Insolvency in the U.S. by IFLR1000 and named among the 500 Leading Global Bankruptcy & Restructuring Lawyers by Lawdragon (2020 and 2022). She was named an “Emerging Leader” by The M&A Advisor, named a Rising Star by Law360 and an Outstanding Young Restructuring Lawyer by Turnaround & Workouts in 2021. She was also recognized by Bloomberg Law as one of the top young bankruptcy lawyers currently “raising the bar” in the practice area and in 2020 was profiled in Bloomberg Law’s series “They’ve Got Next,” which spotlights “five young lawyers to know in the world of bankruptcy.”

Prior to joining Weil, Candace clerked for the Honorable Robert E. Gerber at the United States Bankruptcy Court for the Southern District of New York in 2009. As an undergraduate at Yale, she was a record-holding member of the Women’s Track Team. At Georgetown Law, she served on the Barrister’s Council (Appellate Advocacy Division), was honored as Best Oral Advocate in the 2008 Frederick Douglass Mid-Atlantic Regional Competition, and was awarded a second-place finish in the Frederick Douglass National Moot Court Competition.