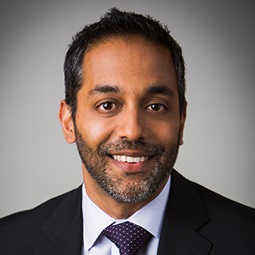 Anish Desai focuses on patent litigation in U.S. District Courts, the U.S. International Trade Commission, and the U.S. Court of Appeals for the Federal Circuit. Anish has also represented clients as lead counsel in inter partes review proceedings. In 2018, Anish was one of the top attorneys involved in Patent Trial and Appeal Board proceedings.

Anish has had significant roles in both jury and bench trials, including direct and cross-examination of key witnesses, presenting at Markman hearings, and arguing case-dispositive motions. He has served as counsel in over 100 IPR proceedings involving jet engines, wind turbines, medical devices, biologics, chemical compositions, smartphones, GPS and wearable technology, and e-vapor products.

Since 2021, Anish has been recognized by Legal 500 as a recommended lawyer for Patent Litigation, and in earlier editions he was recommended for his appellate work. He is currently named among The World’s Leading Patent Professionals for Patent Litigation in New York by IAM Patent 1000, which called him a “smart attorney who is excellent at simplifying technical detail for judges and juries and great on his feet.” He has also previously been recognized on Benchmark Litigation’s “40 & Under Hot List,” honored as “Best in Patent” by Euromoney in its “Americas Rising Stars Awards,” and identified as a Rising Star for Intellectual Property Litigation by DC Super Lawyers.

Recent cases that Anish has been involved with include: