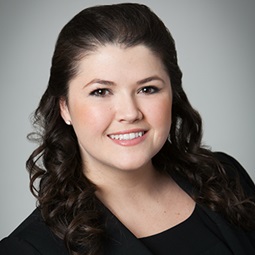 Amanda K. Pooler is counsel in Weil’s Securities Litigation practice. Amanda’s practice focuses on shareholder fiduciary duty and securities litigation in courts throughout the country, as well as counseling public company boards, board committees, and senior management with respect to a broad range of corporate governance and business matters. She also has experience representing and counseling limited partnerships and LLCs in both litigation and business transactions.

From 2019 through 2021, Amanda was named a “Rising Star” in New York by Super Lawyers. She has served as a Lecturing Fellow at Duke University School of Law, where she taught an annual seminar on M&A Litigation in Practice with Vice Chancellor Sam Glasscock III of the Delaware Court of Chancery.

Amanda also has an active pro bono practice, which of late has included representing an indigent client in a criminal appeal, representing a victim of domestic violence in an immigration case, counseling entrepreneurs on entity-formation issues, and representing the Public Art Fund in contract negotiations with artists and real estate companies.

Prior to joining the Firm, Amanda served as a law clerk to the Honorable Sam Glasscock III of the Delaware Court of Chancery.